Life in the Spirit

There is therefore now no condemnation for those who are in Christ Jesus (Romans 8:1).

The mural paintings in this triclinium in Rome depict a variety of judgement scenes. Some are thought to represent the pharaoh Bocchoris (735–728 BC), known for his jurisprudence and for his knowledge of legal matters, and another scene may represent Solomon. However, most cannot be associated with any known event. In the scene shown here, several bound men are brought in from the left, while two women appear to plead their case before the seated judge. In Paul’s epistle, he notes that believers are free from condemnation before God’s holy law. This fresco dates from the 1st century BC. 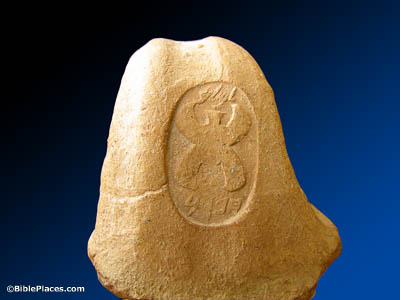 But if anyone does not have the Spirit of Christ, this one does not belong to Him (Romans 8:9).

Paul describes the work of the Spirit as sealing the believer (Eph 1:13-14). Seals were used in the ancient world to identify an item as belonging to the one whose name the seal bore. In Romans 8:9, Paul says that only those with the Spirit truly belong to Christ. The jar handle pictured here has a royal seal with the inscription “belonging to the king, Hebron.” The figure in the middle of the seal is thought to be a four-winged scarab beetle. This seal and a thousands of similar ones date to the reign of Hezekiah. 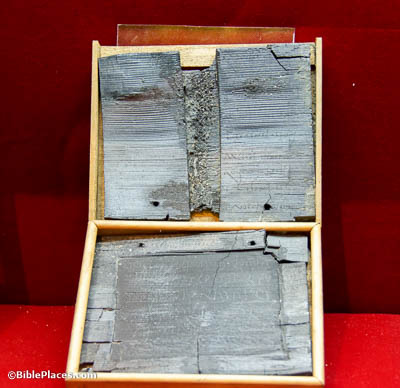 So then, brothers, we are debtors, not to the flesh, to live according the flesh (Romans 8:12).

Paul’s audience would have been quite familiar with the concept of debt. Loan agreements were common in the Roman world, as attested by financial documents like the one pictured here from Pompeii. In Christ, the debt of all believers, which is incurred by sin, has been paid. As a result, they are free to serve God and walk according to the Spirit. This document was originally a wooden tablet with a thin layer of bees wax into which the record would be inscribed. Some of the lettering was etched through the wax and into the wood, preserving it even though the wax is now gone. The document was burnt as a result of the eruption of Mount Vesuvius in AD 79. 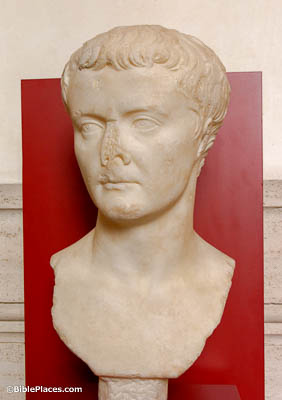 Adoption was another well-known practice in the ancient world. For Romans in particular, adoption was a means of selecting an heir—a vitally important necessity in Roman thinking. One example of this is the adoption of Tiberius by the Emperor Augustus. The bust of Tiberius shown here is a Hadrianic-era copy produced after Tiberius’s adoption in AD 4. In this verse, Paul tells his Roman audience that in Christ, believers are adopted as children of God and are made heirs to His eternal Kingdom. 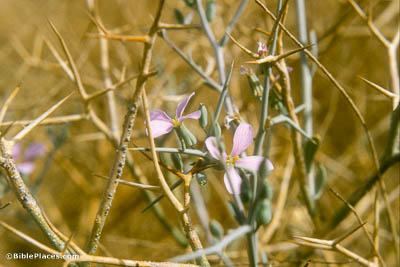 That the creation itself also shall be delivered from the bondage of corruption (Romans 8:21)

One of the ways in which creation was subjected to futility was that it began to produce useless and irritating plants like thorns and thistles (Gen 3:18). The Zilla spinosa shown here is a thorny desert plant; this example was photographed at Shaharut, a settlement in the far south of Israel only about 25 miles (40 km) north of Eilat on the Gulf of Aqaba. 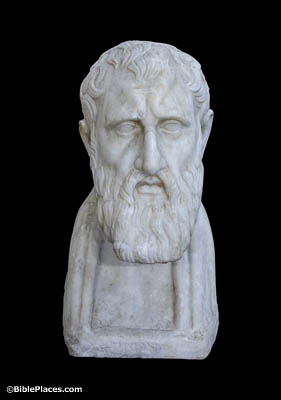 For those whom He foreknew, He also predestined to be conformed to the likeness of His Son (Romans 8:29).

Paul uses a rhetorical device here called a sorites (from a Greek word meaning “pile”). This refers to the accumulation of an argument, sometimes called polysyllogism. This device was made popular by Eubulides of Miletus in the 4th century BC and became widespread within the Stoic school of philosophy, founded earlier by Zeno of Elea (pictured here). In this rhetorical device, the parts of an argument would be chained together by repeating the end of one part as the beginning of the next. This serves to tie each element in the argument together. Zeno lived during the 5th century BC. This bust of him is thought to date to the late 1st century BC, apparently a copy of an original from the 3rd century BC.