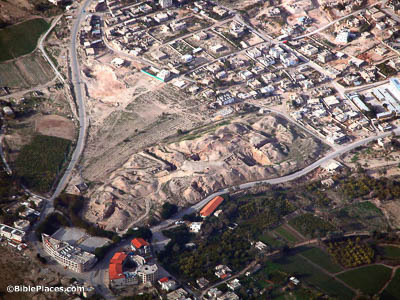 For I could wish that I myself were anathema from Christ for my brethren’s sake (Romans 9:3).

The word translated here as “anathema” is a transliteration of the Greek word anathema. In Paul’s use of the word, following the Greek translation of the Old Testament, it is equivalent to the Hebrew word hērem, which was used to refer to the type of warfare in the conquest in which the Israelites were to devote a city to complete destruction. An example of this is the destruction of Jericho, pictured here (Josh 6:17). Paul’s Jewish brethren were in danger of destruction because of their rejection of the Messiah, and Paul expressed the desire to take their punishment on himself, if that were possible. 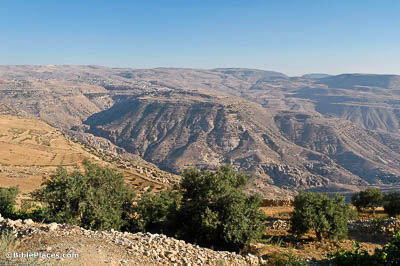 Romans 9:13 quotes Malachi 1:2-3, which states further, “but Esau I hated, and I have made his mountains a desolation, and left his inheritance to the jackals of the wilderness.” The territory of Esau was Edom (Gen 25:30; 32:3; 36:8), a region south and east of the Dead Sea. Given the context, the “loving and hating” seem related to special things (cf. Rom 9:4-5) and not specifically to salvation. Numerous Gentiles in the Bible were accepted by God despite the fact that they were not descendants within the more narrowly chosen line (e.g., Rahab, Ruth, Uriah the Hittite, Naaman).

Paul compares humans and their Creator to a clay vessel and a potter. His rhetorical question about a pot questioning the work of the potter seems almost absurd, the very sense he intends to create in his hearer regarding those who would question the actions of God. Paul argues that God has a right to show special favor to Jacob and not Esau (Rom 9:12-13), to Israel and not to pharaoh (Rom 9:15-17). His subsequent argument will be that God has the right to call Gentiles as well (Rom 9:24-26). This American Colony photograph was taken between 1934 and 1939.

I will call those who are not my people, my people, and those not beloved, beloved (Romans 9:25).

Paul’s call to the Gentiles was not in contradiction to the Old Testament but actually flowed out of it. His ministry was a fulfillment of what was foretold by the prophets Hosea and Isaiah. Paul quoted Hosea to confirm the truth that Gentiles will become God’s people. A portion of the broad group known as Gentiles is represented on this pedestal base that once belonged to a statue of Darius the Great, king of Persia in the late 6th century BC. The people groups represented here, from left to right, are India, Maka, Nubia, Libya, Egypt, Arabia, Assyria, and Skudra. 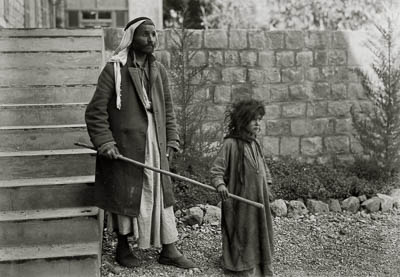 The word “grasped” (Gk. katalambanō) indicates that the Gentiles grabbed onto or came into possession of righteousness, likely implying that it was unintentional, by surprise (cf. the use of the same word in John 8:3). This is reminiscent of those who are blind and are not capable of seeing what is around them, but sometimes discover things by bumping into them accidentally. This photo of a blind man and his small guide was taken at Scots Mission Hospital in Tiberias between 1934 and 1939.

Behold, I lay in Zion a stone of stumbling and a rock of offense (Romans 9:33).

In the passage Paul quotes from, Isaiah 28:16, God refers to the foundation stone which He will place on Mount Zion. In this passage God also vows to restore the fortunes of the remnant (Isa 28:5). This is a fitting context for Paul’s discussion since the foundation stone set up in Zion is Christ (Rom 10:10-11; 1 Pet 2:4-8), and those who trust in Him are described as the remnant of God’s people (Rom 11:5-7). Pictured above are the massive interlocking foundation stones on the southwest corner of the Temple Mount as part of King Herod’s expansion project.