A New Way of Living 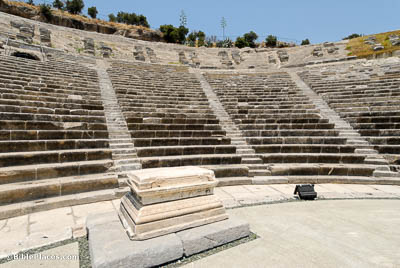 A sacrifice was normally something offered up to the deity. Although the word could be used figuratively (e.g., Heb 13:16), its primary literal meaning was something offered up on an altar (e.g., Luke 13:1). Thus to speak of a “living sacrifice” was somewhat unusual. It highlights the fact that death is no longer required to cover sin, since Christ paid the price for sin once for all (Rom 6:10). Paul’s Roman audience would have been extremely familiar with the practice of sacrifice from a pagan perspective. The altar to Dionysios in front of the first row of seats in the Halicarnassus theater is one example of this familiarity. A visit to the theater was intrinsically related to pagan worship, and sacrifices were offered here before each performance. 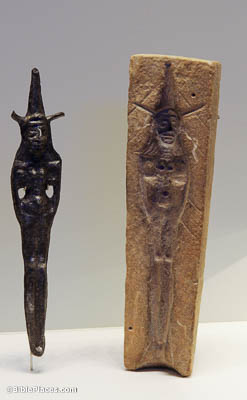 To be “conformed” means to be formed according to a pattern or a mold. Molds had been used since at least the second millennium for casting items of metal as well as of clay. The Greeks and Romans continued to use molds for a wide variety of items. The use of molds for making figurines (usually associated with gods or goddesses) has a particularly long history. This figurine may be the Canaanite goddess Asherah, although the identity is not certain.

But be transformed by the renewing of your mind (Romans 12:2).

The verb “to renew” (Gk. anakainōsis) is one that is not found outside of Christian literature. It carries the idea of making something new again. Perhaps Paul had in mind the words of Jeremiah when he spoke of the daily renewal of God’s compassion toward His people. “The steadfast love of the LORD never ceases; his mercies never come to an end;  they are new every morning; great is your faithfulness” (Lam 3:22-23, ESV). Many places are most beautiful in the early morning light, at the dawning of a new day. This photo is from the northern rim of Machtesh Ramon in southern Israel, looking east toward the rising sun. 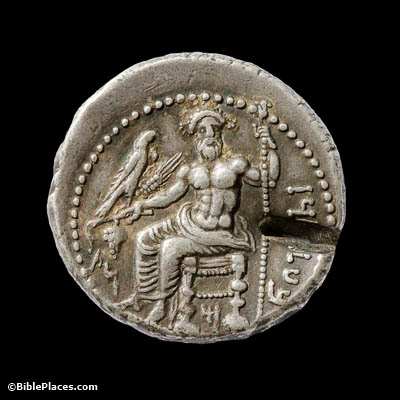 That you may test and approve what is the will of God (Romans 12:2).

The word here translated “test and approve” (Gk. dokimazō) bears the idea of accepting the result of the examination of a thing. Sometimes in antiquity the genuineness of a coin would be tested by striking it with a punch. This cut into the coin would reveal if it was made of solid precious metal or was simply plated with the precious metal. This coin from Tarsus dates to the period when it was under Persian rule, and it shows the telltale punch mark from having been tested. 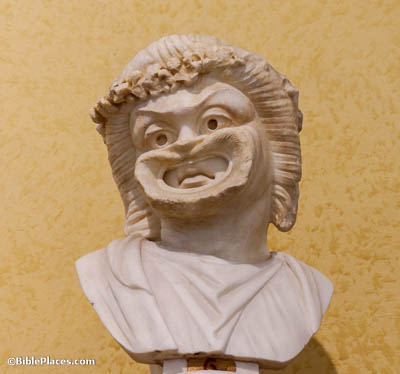 Let love be without hypocrisy (Romans 12:9).

“Without hypocrisy” (Gk. anupokritos) refers to being genuine or sincere. The related word “hypocrite” (Gk. hupokritēs) referred to an actor or pretender. The word comes from Greek theater, in which the actors wore masks in order to portray themselves as a different character. The bust shown here reveals both the wide grin of the comic mask and the pensive face of the actual actor. 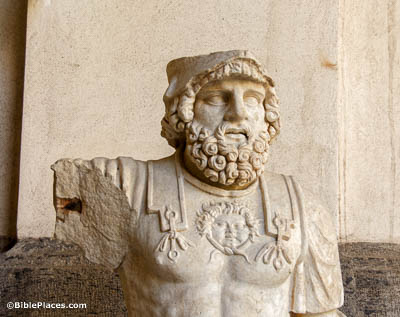 Do not take your own revenge, beloved, but leave room for the wrath of God (Romans 12:19).

Caesar Augustus (27 BC–AD 14) created the cult of “Mars the Avenger” (Mars Ultor) to celebrate two different events in which he felt like he was able to gain vengeance. The first was his defeat of the assassins of Julius Caesar (Brutus and Cassius) in battle at Philippi in 42 BC. The second was the negotiated return of the Roman battle standards that had been lost to the Parthians in the Battle of Carrhae in 53 BC. The fact that a temple to the god of vengeance stood in Rome when Paul wrote his letter to the Romans demonstrates that they would have been well aware of revenge as a cultural value. Pictured here is a statue of Mars Ultor from roughly the time of Paul.