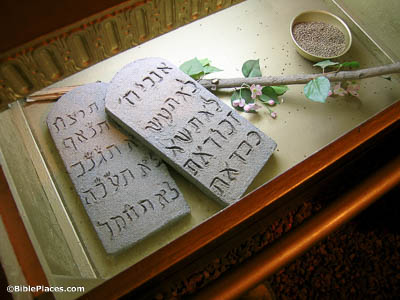 Honor your father and mother—which is the first commandment with a promise (Ephesians 6:2).

The commandment cited here by Paul is one of the Ten Commandments (Exod 20:1-17); as noted by Paul, it is unique in that it comes with a promise of blessing if it is obeyed. These modern tablets were photographed at the tabernacle reconstruction at Timna Park in southern Israel. 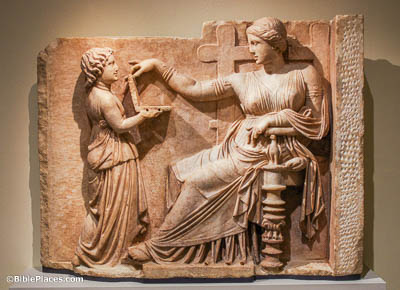 Slaves, obey those who are your masters according to the flesh (Ephesians 6:5).

Historians estimate that about a third of the population of Italy in the first century consisted of slaves, so Paul’s admonition would have been directed to a significant segment of the church. This marble grave relief was made ca. 100 BC, and it shows a slave girl serving her mistress. It was photographed at the Metropolitan Museum of Art in New York City. 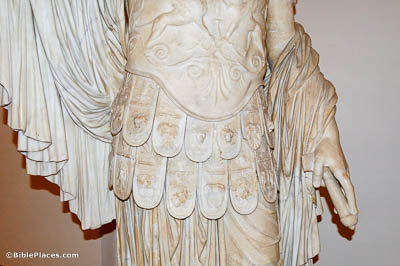 Stand, therefore, having belted your waist with truth (Ephesians 6:14).

The verb “to belt” (Gk. perizōnnumi) refers to putting a belt around the waist. Clothing was worn around the house without a belt, so putting on a belt indicated preparation for activity. The context here is that of military equipment, so a military belt (cingulum militare) may be in view. All Roman soldiers wore a belt that was used to secure the sword and other equipment in a place that was ready to hand. Ranking soldiers and officials had additional straps hanging from the front of the belt that was related to their rank. 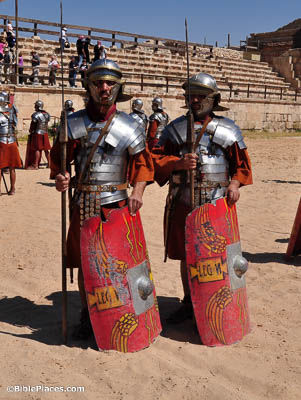 And having put on the breastplate of righteousness (Ephesians 6:14).

Although the form of a breastplate (Gk. thōrax, θώραξ) might seem obvious, there was quite a variety of armor used to protect the upper body in Paul’s day, and it is difficult to determine if Paul had a specific form in mind. The chest armor worn by these re-enactors (lorica segmentata) was one of several types of armor used in the 1st century AD to protect the upper body. 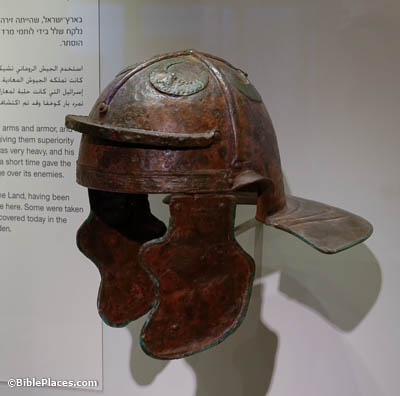 And take the helmet of salvation (Ephesians 6:17).

Roman military helmets in Paul’s day were most often made of iron, although they sometimes had bronze fittings. The flap on either side was used to protect the face, and a neck guard was attached to the back. Ear guards, visible on this example, were added by the second quarter of the 1st century AD.

And the sword of the Spirit, which is the word of God (Ephesians 6:17).

The sword is the only weapon listed among the items Paul urges his audience to take up. All of the other items are defensive. The sword was a close contact weapon, one which could also have been used defensively. It is noteworthy that Paul makes no reference to long-range weapons such as the bow and arrow, javelin, lance, or pilum. The Roman sword (gladius) was usually made of iron, as is the case with this example, the so-called “Sword of Tiberius.” It dates to the early 1st century AD and was discovered in the Roman town of Mogontiacum, now Mainze, Germany. 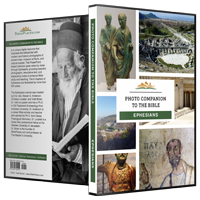