Samson’s Revenge Against the Philistines 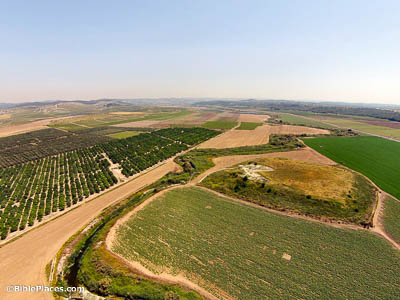 From Zorah to Timnah

And it came about after a while, in the days of wheat harvest, that Samson visited his wife (Judges 15:1).

Samson’s visit would have taken him down the Sorek Valley to Timnah. If he took the easiest way, the distance would have been about 6 miles (10 km). Timnah is the mound in the foreground of this picture, while Zorah is located in the distant hills. 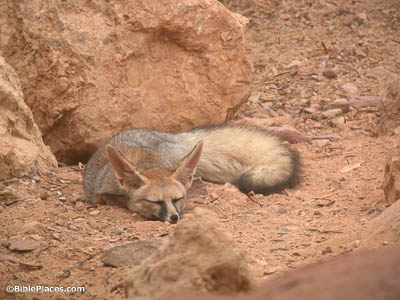 The text gives no indication of how Samson managed to capture 300 live foxes, a considerable feat in itself. Foxes are difficult enough to catch on film, let alone by hand. Surely the reader should understand here that Samson was empowered by the Lord to accomplish His purpose of punishing the Philistines (cf. 14:4). Pictured here is a Blanford’s fox, a species native to ancient Israel. 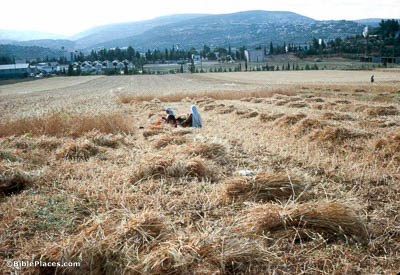 The small bundles of grain in this photo are sheaves, which will eventually be gathered into larger stacks known as shocks. The note here that some of the grain had already been stacked is an indication that it was dry and that harvest had already begun, and fire under these circumstances would have been very destructive and difficult to put out. The Mosaic law warns against fire at this time of year, stipulating that anyone who starts a fire that spreads to a grain field or to such stacked grain must pay restitution (Exod 22:5). 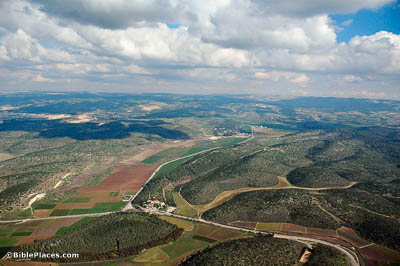 Then the Philistines went up and encamped in Judah and spread out in Lehi (Judges 15:9).

Lehi is mentioned in two contexts in the Bible. First, it was the focal point of the Philistine raid against Judah in order to take Samson into their custody (Judg 15:9–19). Second, it is referenced in the exploits of Shammah, the son of Agee the Hararite, one of David’s mighty “three” (2 Sam 23:11). The context here suggests that Lehi was located between the Philistines (to the west) and Etam (to the east). This photograph provides a broad view of the general area. 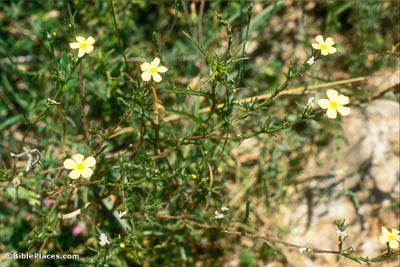 The ropes that were on his arms became as flax that has been singed by fire (Judges 15:14).

Although cotton is preferred today, flax is the oldest and the most important textile from the biblical period. It is still extensively grown in the Middle East today. In ancient times flax was used for everything from fishing nets to wicks for lamps. The Israelites were allowed two materials for clothing, flax or wool. These were not to be mixed (Lev 19:19; Deut 22:11). 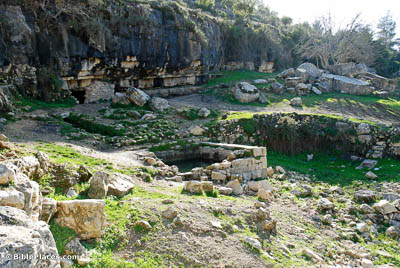 But God split open the hollow place that is in Lehi, so that water came out of it (Judges 15:19).

It is unclear what Samson’s relation to God was. He cried out to him and seemingly gave him the credit for the victory, but his request seems self-centered and self-serving. Regardless, God opened up the rock and provided a spring of water to quench his thirst. God worked to promote Samson’s work in order to accomplish His purposes. Pictured here is Ein Limon, an example of a spring in the Judean hill country.