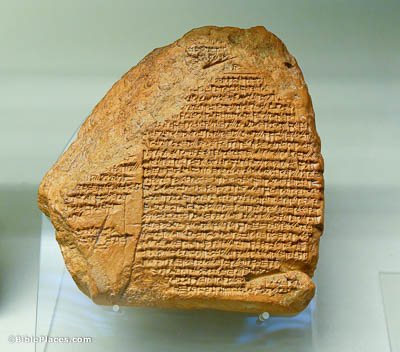 He commanded to bring the book of records, the chronicles, and they were read before the king (Esther 6:1).

Evidence from the two royal Persian archives recovered from Persepolis indicate that official court records were kept on clay tablets in the Elamite language. A chronicle was literally the “events of the days,” a logbook of court happenings. The tablet shown here is in Akkadian and records a series of events including the reign of the last Babylonian king Nabonidus, the rise of the Persian king Cyrus the Great, the demise of the Babylonian Empire, and the founding of the Persian Empire. 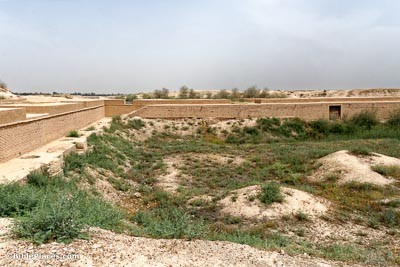 Now Haman had entered the outer court of the king’s palace (Esther 6:4).

The outer court was the largest court and the first one encountered when entering the palace complex. The implication of the text is that this was the appropriate place for even a high-level dignitary like Haman to await the invitation of the king. This photo shows one end of the court, but the entire space covers an area of 205 x 175 feet (62 x 53 m). 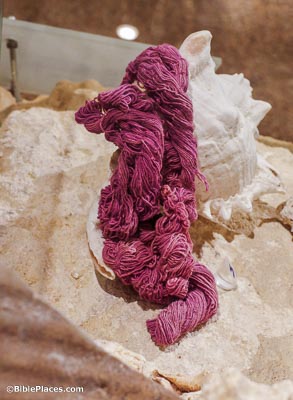 Let royal apparel be brought which the king has worn (Esther 6:8).

Purple was a common color of royal garments in the ancient Near East and was said to have been worn by Persian kings (Xenophon, Cyropaedia 8.3.13). This sample of wool has been dyed according to ancient methods, using pigments derived from murex snails. 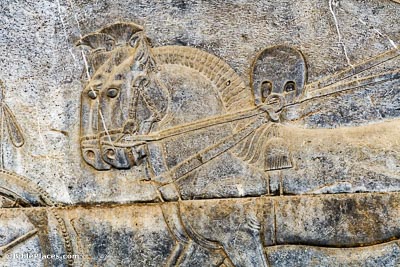 And a horse on which the king has ridden, on the head of which a royal crown is set (Esther 6:8).

The text evidently does not refer to the king’s personal crown being worn by Mordecai, but rather to a crown being placed on the head of the horse. This depiction of a horse is from the apadana reliefs at Persepolis, which date to within a couple of decades of the events in the Book of Esther. 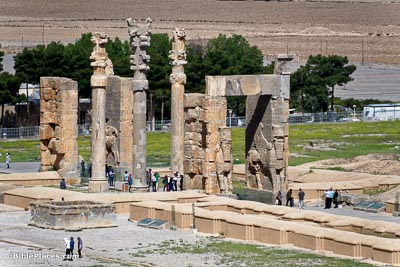 Pictured here is the Gate of All Lands (also called the Gate of Xerxes) at Persepolis. This better-preserved gate gives an idea of the original size of the King’s Gate at Susa. The outer walls of this gate have not been preserved, but the pillars that once held up the roof of the gate are an indication of its great height and grandeur. 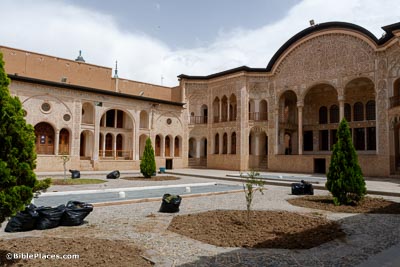 The House of Haman

But Haman hurried to his house, mourning and with his head covered (Esther 6:12).

The house of Haman would have been located somewhere within the bounds of the royal city. However Haman’s house might have appeared, it would certainly have been one of the most impressive houses in Susa. The house shown here, known as the Tabatabaei House, was built in Kashan the 1880s. It is a modern example of a luxurious Persian home.