The Salvation of Israel 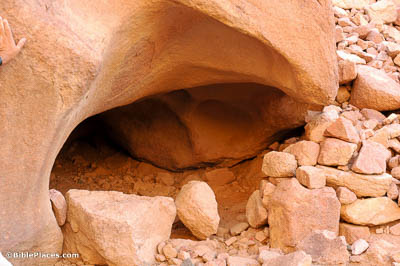 Do you not know what the Scripture says about Elijah, how he pleads with God against Israel? (Romans 11:2)

Paul is referring here to the account given in 1 Kings 19:8ff. There, Elijah traveled to a cave around Horeb (Mount Sinai), which has traditionally been identified with the peak known as Jebel Musa. This cave near Jebel Musa illustrates the sort of shelters in the area from which Elijah would have made his plea to God. 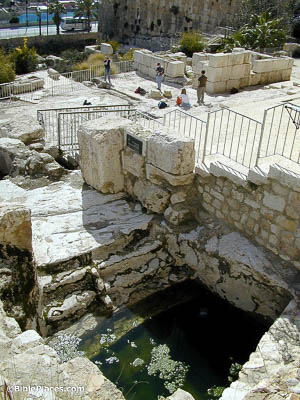 Even so then at the present time there is also a remnant according to God’s gracious choice (Romans 11:5).

An example of the Jewish remnant God preserved for Himself in Paul’s day is the approximately 3,000 Jewish-Christians who came to faith in Jesus through Peter’s sermon at Pentecost (Acts 2). The ritual bath (mikveh) shown here is one of dozens discovered around the southern end of the Temple Mount. These were in use at the time of Peter’s sermon, and some scholars have suggested that this area may have been where the 3,000 believers were baptized (Acts 2:41). It is even possible that some of the Jewish-Christians in Paul’s Roman audience were present at that event and believed in Christ through hearing Peter’s sermon (cf. Acts 2:5, 10). The steps visible on the right side of this photo led up to the Temple Mount itself. 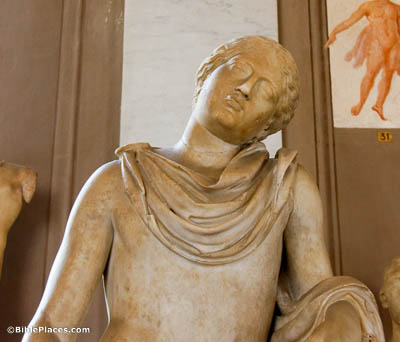 The Greek word translated “stupor” is related to the word “night.” It refers to oblivion, insensibility, or even a lack of consciousness. This statue of the Greek god Thanatos (“death”) portrays him in eternal sleep, a fitting illustration of this imagery. This statue comes from the so-called Villa of Cassius near Tivoli. 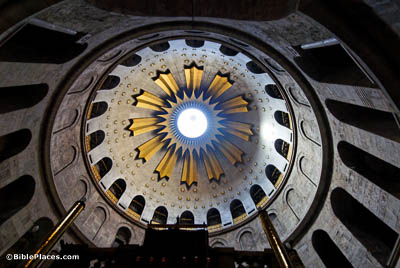 If their rejection results in the reconciliation of the world, what will their acceptance be, except life from the dead? (Romans 11:15)

Paul argues that if good (the salvation of many Gentiles) has come from the Jewish rejection of the gospel, Jewish acceptance of the gospel will be that much better. He compares it to the miracle of resurrection, “life from the dead.” The dome in this photo was built over the traditional location of Jesus’s burial and resurrection at the Church of the Holy Sepulcher in Jerusalem. It illustrates the great expectation of resurrection for both Jews and Gentiles. 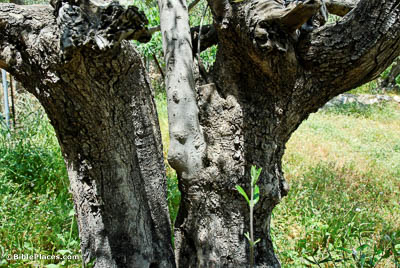 How much more shall these who are natural branches be grafted into their own olive tree? (Romans 11:24)

As a general rule, the closer two plants are genetically, the more likely the graft will succeed. Paul applies this principle with regard to the Israelites, arguing that they would be easily rejoined to what was their natural rootstock. The young, smooth-barked branch in the middle of this photo has been grafted onto an older tree. Note also the branch further up the trunk that has been cut off. 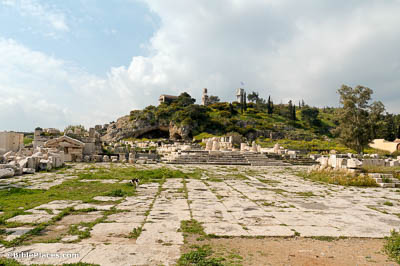 For I do not want you to be ignorant, brethren, of this mystery, lest you think yourselves wise (Romans 11:25).

Paul’s words here may have had a polemical ring to them. There were several mystery cults associated with certain Greco-Roman deities that were popular at the time. The sanctuary at Eleusis was active for roughly 1,000 years (600 BC–AD 400). It attracted initiates to the Eleusinian Mysteries (or the Mysteries of Demeter and Persephone) from across the Roman Empire, so would have been well-known to Paul’s audience in Rome. Contrary to this pagan use, Paul uses the word “mystery” to refer to salvation in Christ (e.g., 1 Cor 1:4; 13:2; 15:51; Eph 1:9; 3:3-9; Col 1:26-27; 1 Tim 3:16) which is meant to be revealed rather than concealed, and which produces humility rather than hubris.