Vision of the Beasts and the Son of Man 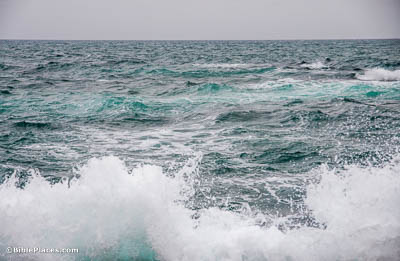 Daniel spoke and said, “I saw in my vision at night. Behold, the four winds of heaven were stirring up the Great Sea” (Daniel 7:2).

The sea is specifically called “the Great Sea,” a term which is used elsewhere in the OT (in Hebrew) to refer to the Mediterranean Sea (Num 34:6-7, Josh 1:4, Ezek 47:10). Each of the kingdoms in this vision dominated the Mediterranean region. This photograph was taken near Fort Qaitbay, site of the famous Lighthouse of Alexandria. 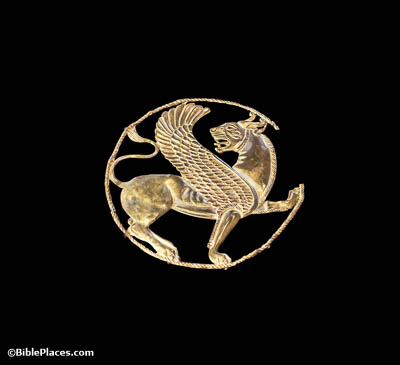 And four great beasts came up from the sea, different one from another. The first was like a lion, and it had wings of an eagle (Daniel 7:3-4).

The ancients envisioned a variety of mythical beasts, and the winged lion would have been a well-recognized motif in Daniel’s day. It would have communicated a sense of power, awe, and beauty. This gold roundel found at Ecbatana offers an example, possibly from the reign of Artaxerxes II. 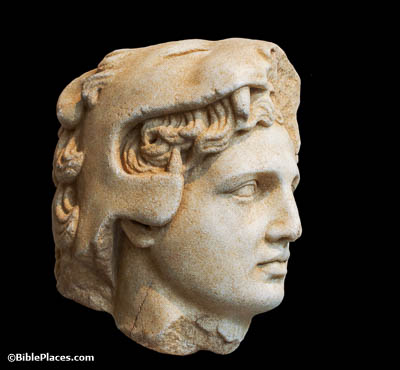 After this I saw and behold, another, like a leopard, which had four wings of a bird on its back (Daniel 7:6).

The leopard represents the Greeks, which came into being under the leadership of Alexander the Great. That this beast has not two wings, but four, shows that it is extremely swift. Alexander the Great conquered the Middle East and Asia Minor in four years, and the sum total of his vast conquests were completed in ten years. This portrait head of Alexander presents him as the god Herakles, wearing the skin of the lion of Nemea. 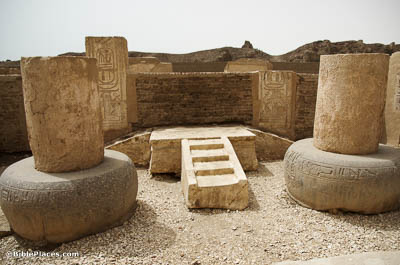 I kept looking until thrones were placed (Daniel 7:9).

As the scene shifts, Daniel sees the Ancient of Days sitting on a throne and holding court. This heavenly scene reflects the human politics that Daniel would have been familiar with, as important cases were sometimes heard directly by the king. This set of steps and platform were once part of the throne room of Ramesses III (1184–1153 BC) at Medinet Habu in Upper Egypt. 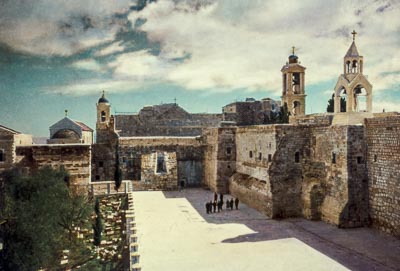 This verse is a clear prophecy of the God-Man, the One who would be born in Bethlehem about six centuries after Daniel had this vision (cf. Micah 5:2). The statement that one like a man would come on the clouds and have a status equal to the Ancient of Days looked ahead to the incarnation and enthronement of Jesus. The Church of the Nativity is built over the traditional birthplace of Jesus in Bethlehem. This hand-colored American Colony photograph was taken before 1946. 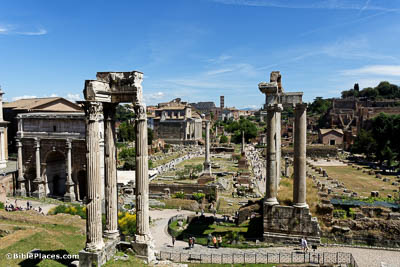 The fourth beast will be a fourth kingdom . . . which will be different from all the other kingdoms (Daniel 7:23).

The fourth kingdom cited here is commonly understood to be the Roman Empire. This photo looks over the Forum of ancient Rome, which hosted a number of splendid temples and palaces. Remains from the Temple of Vespasian, the Temple of Saturn, the Column of Phocas, and the Temple of Antonius and Faustina are all visible. 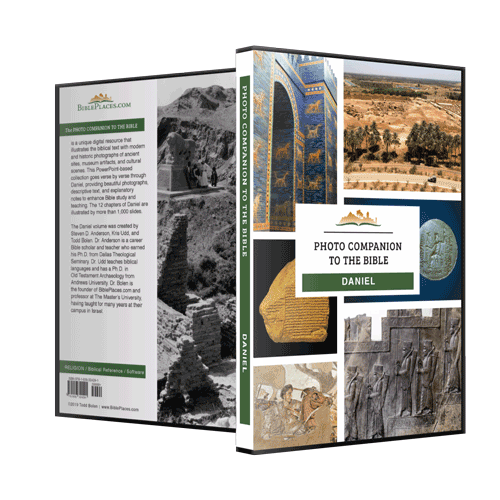 Daniel (Photo Companion to the Bible)