Haman's Plot Against the Jewish People 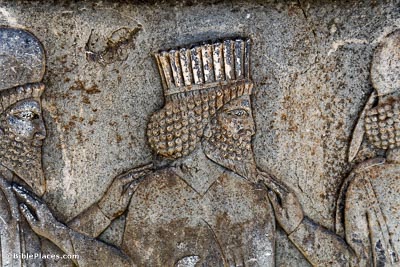 This figure of a Persian dignitary is a relief on the north stairs of the Persepolis apadana. A common view among commentators, both ancient and modern, is that the term “Agagite” refers to a descendant of the only Agag named in Scripture, the familial name of the king of the Amalekites (Num 24:7; 1 Sam 15:8, 20, 32–34). This then provides a reason for Haman’s hatred of the Jews, since Amalek was a descendant of Jacob’s rival Esau (Gen 36:12, 16; 1 Chr 1:36). 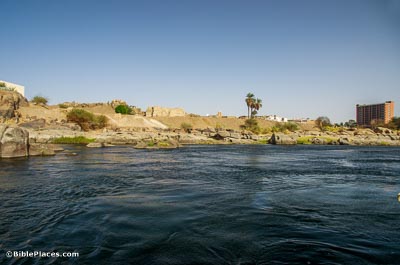 Jewish People in the Persian Empire

Haman sought to destroy all the Jews who were throughout the whole kingdom of Ahasuerus (Esther 3:6).

Haman’s ire did not extend merely to those Jewish communities in the immediate area of Susa. The Persian Empire was far-reaching, extending beyond the Indus River in the east and stretching to Greece in the west. If Haman had succeeded in his desires, the Jewish people could have been totally eradicated. Pictured here is Elephantine Island in southern Egypt, which was home to a large Jewish colony during the Persian period. 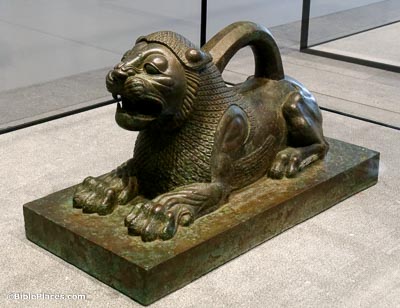 I will pay ten thousand talents of silver . . . into the king’s treasuries (Esther 3:9).

In order to get the favor he desired, Haman felt the need to pay a bribe to the king. This was no small amount: 10,000 talents is equal to 333 tons (302 T) of silver, or about two-thirds of the annual revenue of the Persian government. Haman hated the Jews so much that he was willing to part with fabulous wealth in order to destroy them. The fact that this massive bronze lion (found in Susa) weighs only four talents helps put this wealth in perspective. 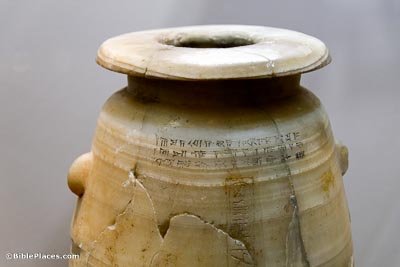 Unlike the Greeks who came after them, the Persians accommodated the diversity of languages and cultures in their vast empire. Inscriptions from the Persian era are often found in multiple languages. This vase from the reign of Xerxes’s son Artaxerxes I (king of Persia in the days of Ezra and Nehemiah) features inscriptions in Old Persian, Elamite, Babylonian, and Egyptian hieroglyphs. 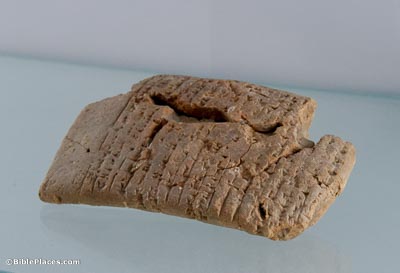 A copy of the edict to be issued as a law in every province was published to all the peoples (Esther 3:14).

Many of the copies sent throughout Xerxes’s empire were likely transmitted as cuneiform tablets and carried on horseback by a system of couriers. The tablet pictured here was produced in the 8th or 7th centuries BC and written in Elamite cuneiform. Its place of discovery, Chogha Zanbil, is a mere 19 miles (30 km) southeast of Susa.

The decree was issued in Susa the citadel. The king and Haman sat down to drink, but the city of Susa was in confusion (Esther 3:15).

What is referred to in Esther as “the citadel of Susa” is specifically the upper city that was located between the Ulai Canal and the Shuar River. The workmen’s city, which comprised a much larger area to the east, is the “city of Susa” mentioned in this verse. Its exact extent can only be estimated since it has not been excavated. This photograph shows the hills of the upper city in the distance, with the area of the lower city extending off the right edge of the picture.