The Wisdom of God

The ancient city of Corinth was one of the major commercial centers of the ancient world. It was perfectly situated near the narrowest part of the Isthmus, a strip of limestone four miles (6.5 km) wide connecting mainland Greece with the southern peninsula (Peloponnesus). Paul’s arrival to Corinth on his second missionary journey is recorded in Acts 18. If Paul traveled to Corinth by ship, he would have landed at Cenchreae (pictured here), the eastern port of Corinth on the Saronic Gulf. 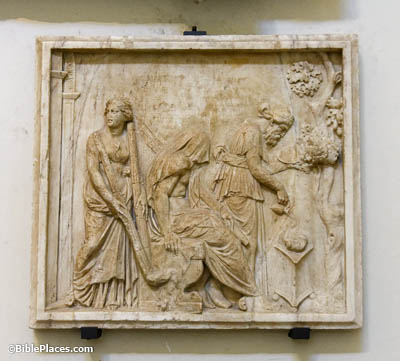 We speak God’s wisdom in a mystery that was hidden (1 Corinthians 2:7).

There were several Roman “mystery” cults in Paul’s day. Such cults promised revelation of secret knowledge to initiates. One popular mystery cult was that of Eleusis, depicted here. In the 3rd century AD, the church father Tertullian (On Baptism, 5) wrote against several mystery cults including those of Isis, Mithras, and what he referred to as the “Apollinarian and Eleusinian games.” By contrast, Paul proclaims that the only place in which the true knowledge of God is revealed is in the message of the cross of Jesus Christ. This depiction of an initiation of the Eleusinian mysteries was photographed at the Naples Archaeological Museum. 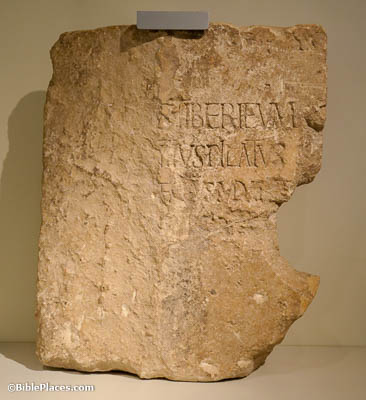 If they had understood it, they would not have crucified the Lord of glory (1 Corinthians 2:8).

Pontius Pilate, the Roman-appointed procurator of Judea, gave the order for Jesus to be crucified. The Latin inscription pictured here was discovered in the excavations of the theater at Caesarea in 1961. A suggested restoration reads: “Pontius Pilate, Prefect of Judea, made and dedicated the Tiberium to the Divine Augustus.” This inscription was the first contemporary reference to Pilate to be found, to which was recently added a bronze ring bearing the name of Pilate.

The Promise of the Spirit

But we received not the spirit of the world, but the Spirit which is from God (1 Corinthians 2:12).

Jesus gave the promise of the Holy Spirit’s coming in the upper room. This photo provides a view of the summit of Mount Zion. The gray dome on the left sits above the traditional upper room. The ground floor of the same building is the location of the traditional tomb of David. The bell tower of the Dormition Abbey is visible on the far right. This American Colony photograph was taken between 1940 and 1946. 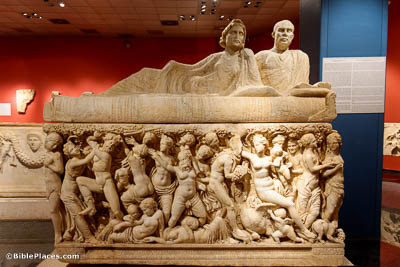 He cannot understand them, because such things are spiritually discerned (1 Corinthians 2:14).

The lower portion of this sarcophagus is decorated with a wild scene celebrating Dionysus. Such celebrations, referred to as Bacchanalia by the Romans (using the god’s Roman name Bacchus) were well known for their debauchery and drunkenness. Such festivals and activities went completely against the teaching of Christianity, which would have been incomprehensible to those who were not spiritually discerning.