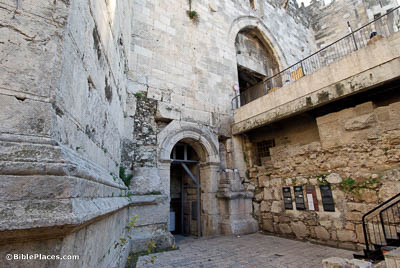 One of the earliest and most heinous acts of persecution of the church by Paul was his involvement in the stoning of Stephen (Acts 7:58; 8:1). During the Byzantine period, Christians believed that Stephen was martyred outside the Damascus Gate on the northern side of Jerusalem. This was formerly called St. Stephen’s Gate. The modern gate was constructed in 1540 by an Ottoman ruler, but it is built over an earlier Roman gate, part of which is shown here. 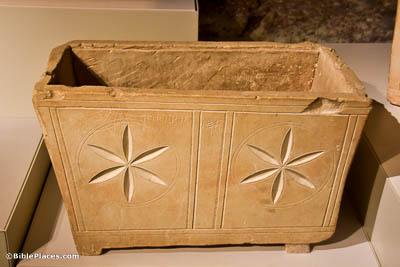 Ossuary of "Jesus, son of Joseph"

If the dead are not raised, then not even Christ has been raised (1 Corinthians 15:16).

This ossuary was discovered in Jerusalem in 1980. The inscription on this box identifies it as belonging to “Jesus, son of Joseph.” There have been attempts to identify this as the burial box of Jesus of Nazareth. There are a number of archaeological reasons that this would be highly unlikely, but for Paul, the ultimate reason is that the bones of Jesus never deteriorated to the point that they could be placed in an ossuary. 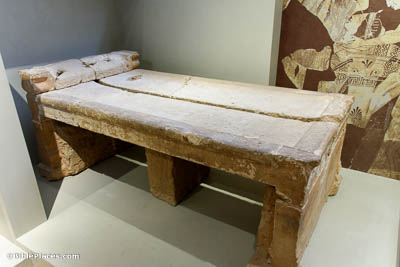 Then those also who have fallen asleep in Christ have perished (1 Corinthians 15:18).

In the ancient world, the deceased were sometimes depicted as laying asleep in bed. This is illustrated here by a funeral bed from Corinth. In fact, Plato argued that the sleep-like state of death was not evil, but actually a good thing. By contrast, Paul does not minimize the tragedy of death, but highlights the fact that Christ conquered death in His resurrection. In light of the resurrection, the sleep of death is only temporary until one awakes to resurrection at Christ’s return. 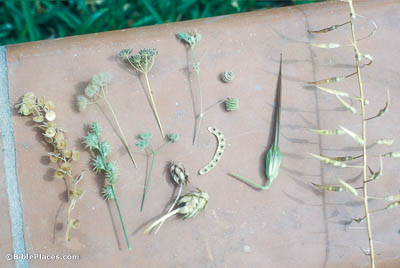 Variety in the Resurrection

Plant seeds come in a wide variety of shapes and sizes; Paul appears to play off of this idea when he states that God gives each person a resurrection body in the form that He wishes. This display shows a variety of seeds from different plants in Israel. 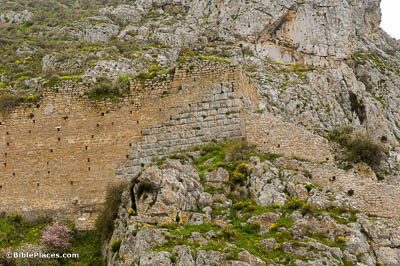 The truth of the resurrection means that the Christian’s faith rests on solid realities, and that the Christian’s work for the Lord is not futile. One of the most formidable and immovable physical objects within sight of Corinth was the strongly fortified Acrocorinth. This photo provides a close-up view of some of the fortifications that strengthened the mountain. 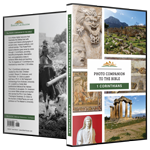