The Territory of Judah 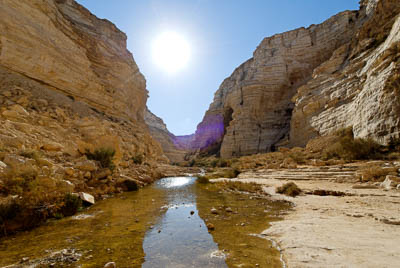 The description of Judah’s border begins at the southern edge, with the wilderness of Zin. The border between Canaan and Edom went through here, probably because its prominent drainage system makes for a natural boundary. Nahal Zin is the largest wadi that begins in the Negev; it stretches for 75 miles (120 km) and drains 600 square miles (1550 sq km). Today visitors enjoy walking through this canyon, part of the Ein Avdat National Park. 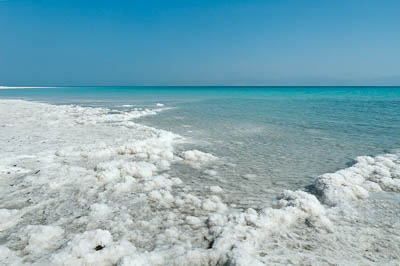 And the east border was the Salt Sea, even unto the mouth of the Jordan (Joshua 15:5).

From the Dead Sea in the east, Judah’s northern border meanders all the way across to the Mediterranean on the west. Pictured here is the area of Yavneh-Yam, the sea port for Yavneh/Jabneel. This site appears to have functioned as the northwest corner of Judah’s territory, at least as it is assigned in this chapter. For much of Israelite history, however, this area was controlled by the Philistines. 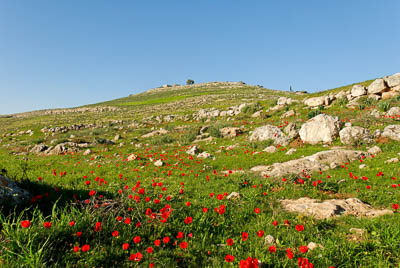 And he went up against the inhabitants of Debir: the name of Debir before was Kiriath-sepher (Joshua 15:15).

Scholars identify biblical Debir with modern Khirbet Rabud. This city had been captured and its inhabitants killed in the southern campaign of Joshua (Josh 10:38-39). Evidently, however, the site had become reoccupied in the intervening time, because Caleb offered his daughter in marriage to the man who captured the city. Caleb’s nephew, Othniel, accepted the challenge and conquered Debir. 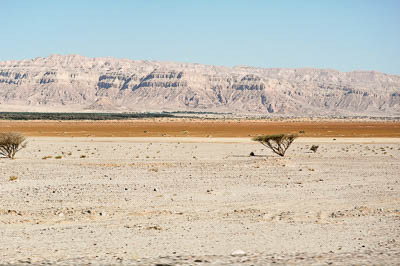 And the farthest cities of the tribe of Judah toward the border of Edom in the Negev . . . (Joshua 15:21)

This photo, taken south of the Dead Sea in the Arabah (Jordan Rift Valley), looks west toward the southern wilderness of Judah. It gives some idea of the barrenness of the area in Judah’s southern extremity. It is with this region that Joshua begins the list of Judah’s cities. 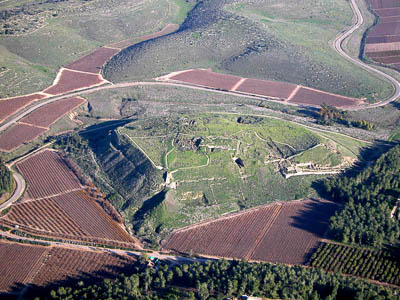 In this chapter’s city list, there are many sites that have not been conclusively located. Lachish, however, is universally identified with Tell ed-Duweir. Excavations have revealed Late Bronze inhabitation at Lachish. This city is also mentioned in the Amarna Letters (14th century BC), and artifacts discovered at Lachish have demonstrated a significant Egyptian presence during this time. 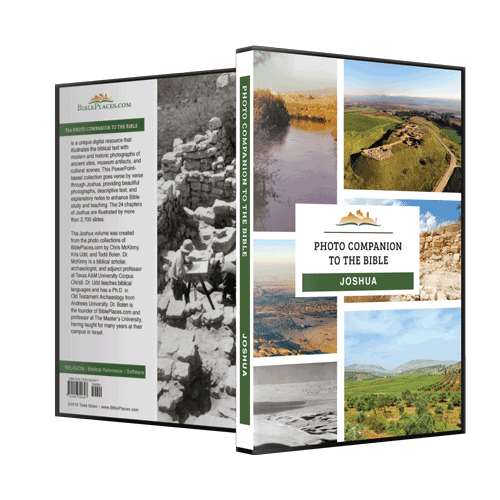