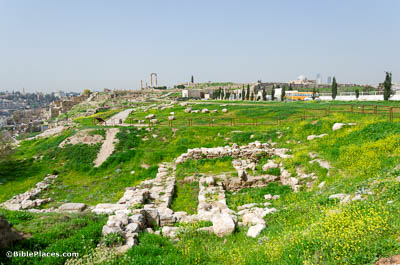 Rabbah (aka Rabbath Ammon) was the capital city of the Ammonites. It was located at the heart of what is now the modern city of Amman, Jordan. The most extensive Iron Age remains to be uncovered at Rabbah so far is the structure shown here. Dating to about 800 BC, it consists of a large structure with thick walls, surrounding a plastered courtyard. Archaeologists have interpreted it as an Ammonite palace. 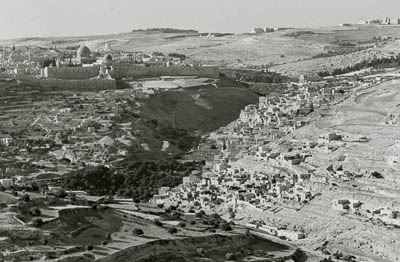 An understanding of the topography of Jerusalem helps readers interpret David’s actions. Given that David’s palace was almost certainly at the top of the hill, he would have been looking down at Bathsheba in or near a house on the slope below. Today this can best be visualized by looking at the Arab village of Silwan that is built on the slope on the other side of the Kidron Valley from the City of David. This American Colony photo was taken between 1940 and 1946. 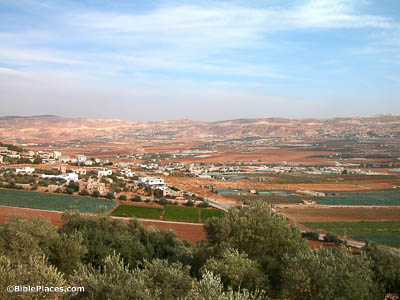 My lord Joab and the servants of my lord are encamped in the open field. Shall I then go into my house, to eat and to drink and to lie with my wife? (2 Samuel 11:11)

The irony of Uriah’s statement is unmistakable. David, the king of the nation, has not even bothered to join the army in the field, and instead has chosen to stay at home and sleep with another man’s wife; Uriah refuses even to sleep with his own wife while the army is in action. The plain shown in this photo is located just to the north of Rabbah (modern Amman), where the Israelites were preparing to lay siege against the Ammonite capital. The Israelites would have been encamped here or in a similar place. 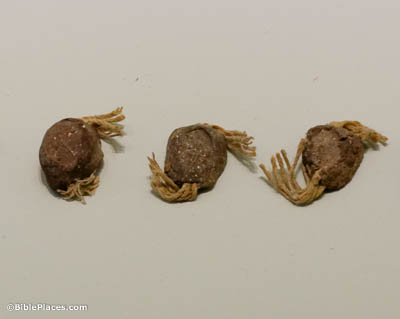 During this period, an official royal letter would have probably been written on papyrus and sealed with a bullae impressed from the king’s royal signet ring or seal. The papyrus document would have been rolled and perhaps folded, then tied with string, before a lump of clay (referred to as a bulla) would have been placed over the knot, ensuring that it could not be opened surreptitiously. The bullae shown here came from a single papyrus scroll. David’s letter, which appears to have been fairly brief, may have had only a single seal. 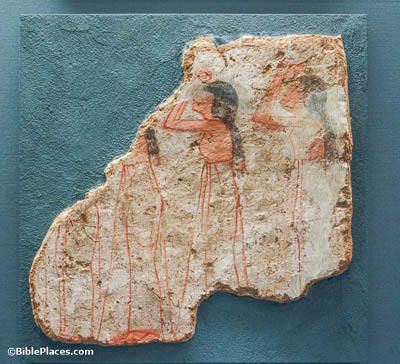 When the wife of Uriah heard that Uriah her husband was dead, she lamented over her husband (2 Samuel 11:26).

This painting from Thebes was created ca. 1500–1200 BC, and it depicts women in mourning, most likely at a funeral. Their posture, with head tilted back and hands over their heads, is typical of the way mourners were portrayed. This painting was photographed at the Bible Lands Museum in Jerusalem.