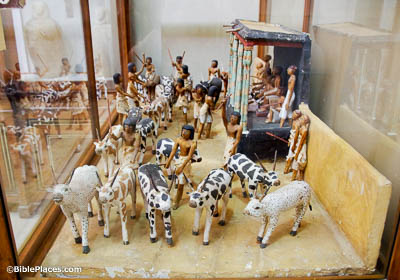 Now again the anger of Yahweh burned against Israel, And He incited David against them, saying, “Go, number Israel and Judah” (2 Samuel 24:1).

To “number” was to count or to take a census. It is not immediately clear why this was sinful since there is no known prohibition against it, but all of the persons involved in the story agree that David’s actions were wrong. First Chronicles 21:1 indicates that Satan was involved with this event too, a fact that is not mentioned by the author of 2 Samuel. This model from ancient Egypt depicts herdsmen moving their cattle past a booth as scribes count them. 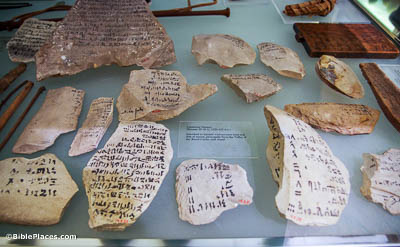 It seems possible that Joab and his men simply made a list of clans, families, or villages, recording the number for each (rather than recording each name). Such a method would be similar to some of the ostraca shown here, which list names as well as numerals in hieratic, a cursive form of Egyptian. The various ostraca shown here date from as early as the 19th dynasty (circa 1300 BC) to as late as the 26th dynasty (6th century BC).

But Yahweh relented from the disaster and said to the angel . . . “It is enough, stay your hand.” And the angel of Yahweh was by the threshing floor of Araunah the Jebusite (2 Samuel 24:16). 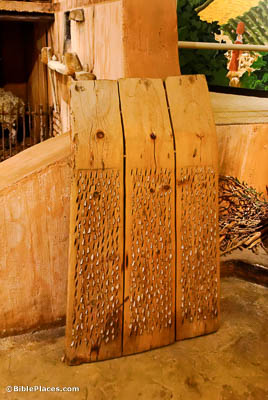 A threshing sledge was a set of heavy wooden planks, often embedded with flint chips, which was dragged over the sheaves to help break apart the grain from the straw and chaff. When broken up they would have provided at least a part of the wood necessary to fuel a sacrifice. This threshing sledge was photographed at the Harvard Museum of the Ancient Near East. 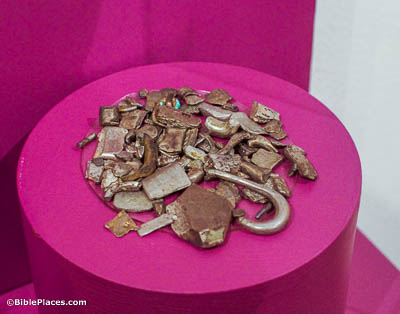 So David bought the threshing floor and the oxen for 50 shekels of silver (2 Samuel 24:24).

The shekel was not a coin at this time, but a unit of weight. Various sized scraps of silver would be collected that amounted to the desired weight in order to make a transaction. The weight of a shekel in antiquity varied widely, ranging from about 7 to 17 grams (0.24–0.6 oz). The Mosaic law valued the life of a slave at 30 shekels (Exod 21:32), which may give some idea of the value of the price paid by David. This display was photographed at the Harvard Museum of the Ancient Near East.