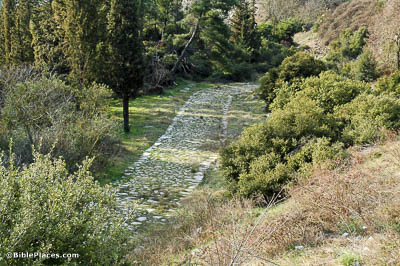 For you know, brothers, that our coming to you was not in vain (1 Thessalonians 2:1).

The word translated here as “coming” in Greek is εἴσοδον (eisodon) and literally means “in-road.” The main road Paul took to reach Thessalonica was the Via Egnatia, a segment of which is shown here. The Via Egnatia was the Roman trade route which spread across Macedonia to connect the Aegean with the Adriatic Sea. 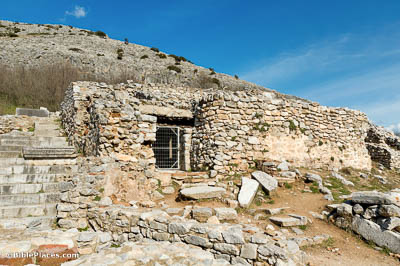 Paul and Silas at Philippi

We had already suffered and been shamefully treated at Philippi, as you know (1 Thessalonians 2:2).

After being stripped and beaten, Paul and Silas were thrown into the Philippian prison. Based on studies at contemporary cities, the prison at Philippi was probably situated near the forum of the city. The ruins of the forum at Philippi date to 161 BC – AD 80 and contain many public buildings, one of which may have been the prison in which Paul and Silas were held. The traditional site pictured here was a cistern that archaeologists found in 1876 near Basilica A. 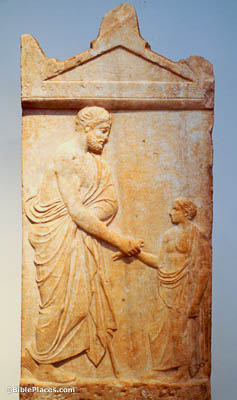 We were exhorting, encouraging, and imploring each of you, as a father would with his own children (1 Thessalonians 2:11)

The tender relationship between a father and his children was valued in Greco-Roman culture, making it an apt metaphor for Paul to use. This grave stele illustrates a father caring for his son; this is expressed both in his face and posture, and in how he is giving his son a gift. This relief comes from the region of Athens was photographed at the National Archaeological Museum in Athens. 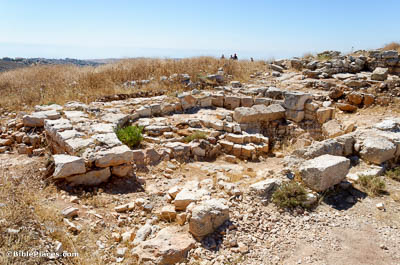 You, brothers, became imitators of the churches of God in Christ Jesus that are in Judea (1 Thessalonians 2:14).

The imitation Paul speaks of here is specifically related to suffering, but imitation was common in many aspects of life. One such example is architecture. When Christianity was legalized in the 4th century AD, the form of the basilica was adopted for church buildings. This adoption was so widespread that churches of the 4th century AD and later can be easily identified by their floor plan, such as the Byzantine church shown here. 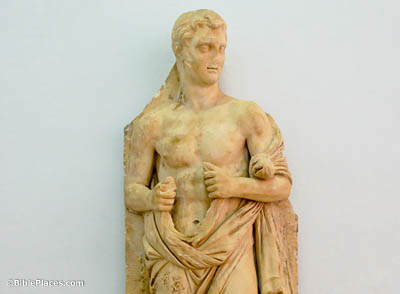 Paul’s metaphor here draws on the wreath and crown that was given as a prize for athletic competition, and as signs of honor more generally. This statue depicts an athlete who has finished the race and is portrayed as the victor. He holds the prize wreath in his hands, illustrating Paul’s goal to stand before the Lord on the last day as a faithful servant who has run the good race. This statue was photographed at the Cos Museum in Greece. 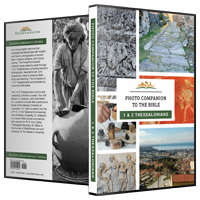 1 & 2 Thessalonians (Photo Companion to the Bible)