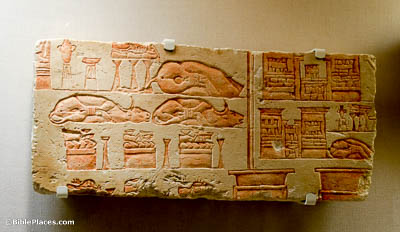 For every high priest taken from among men is appointed on behalf of men, that he may offer both gifts and sacrifices for sins (Hebrews 5:1).

While Hebrews later focuses specifically on sacrifices, in 5:1, the book mentions both offerings and sacrifices when describing the service of a high priest. A variety of sacrifices and offerings were prescribed in the Mosaic Law, and various other cultures also made offerings of various kinds to their gods. This relief, which comes from Heliopolis in Egypt, depicts animal sacrifices as well as offerings of wine, oil, breads, and cakes. 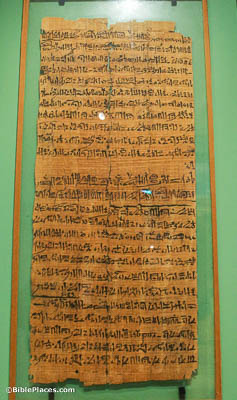 The statement by the Father to the Son, “This day I have begotten You,” should be understood in terms of adoption, which entails sonship and inheritance; a similar description applies to other children of God (cf. Rom 8:15, 23; Gal 4:5). The antiquity of this practice is illustrated here by a papyrus document from Thebes, dating to the reign of Ramesses XI. The document records the adoption of a son and provides stipulations regarding his inheritance. This papyrus was photographed at the Ashmolean Museum at the University of Oxford. 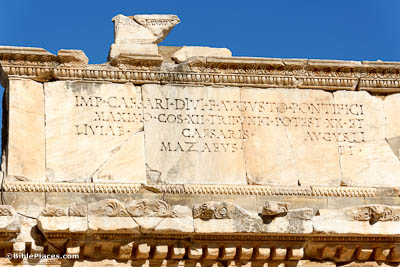 Designated by God as a high priest according to the order of Melchizedek (Hebrews 5:10).

The quotations in this passage of Psalms 2 and 110 portray Jesus as both the Son of God and as high priest. The dedicatory inscription to Augustus shown here appears on Gate of Mazeus and Mithridates at Ephesus. The inscription refers to Augustus as both divine and as Pontifex Maximus (“Greatest Priest”). 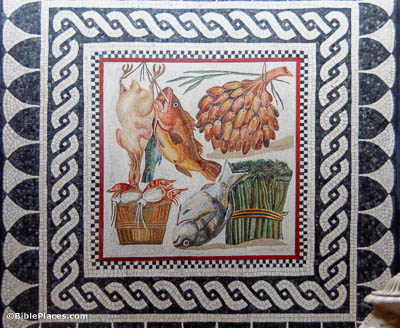 You have come to need milk again, rather than solid food (Hebrews 5:12).

The mosaic shown here illustrates some of the food consumed around the time this book was written, including poultry, fresh fish, shrimp, dates, and fresh asparagus. This second-century mosaic comes from the Villa of Numisia Procula on Via Ardeatina, and it was photographed at the Vatican Museums. 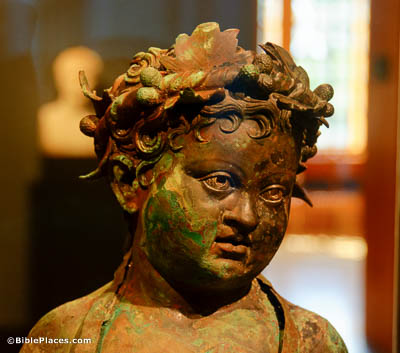 For those that drink milk are not accustomed to the word of righteousness, for they are infants (Hebrews 5:13).

The word “infant” (Gk. nēpios) refers to a small child above the age of a newborn, but probably not more than three or four years of age. The author uses it here in a deriding way to point out the unexpected immaturity of his audience. This statue was photographed at the Getty Villa. 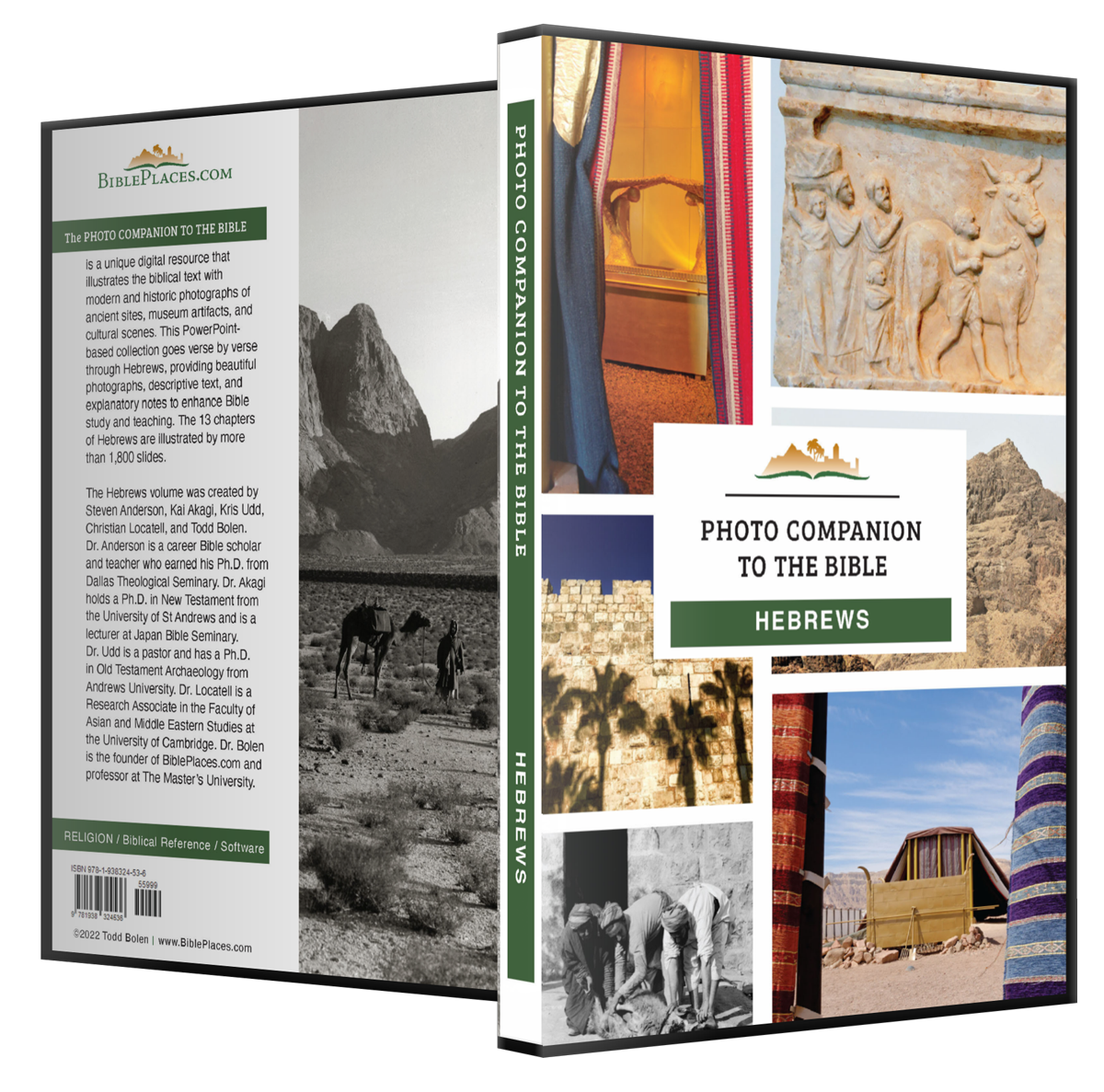 Hebrews (Photo Companion to the Bible)