Mordecai, Esther, and the Plotting Guards 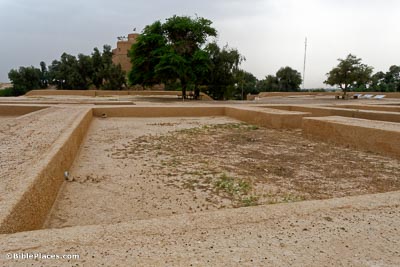 The House of the Women

Let the king appoint officers in all the provinces of his kingdom, that they may gather all the beautiful young virgins to Susa the citadel, to the house of the women (Esther 2:3).

The harem was located behind (south of) the throne room. Archaeologists excavated a series of apartments at this location in Susa that they believe housed the women. These have not been reconstructed, but they are located just beyond the wall in the center of this photograph. 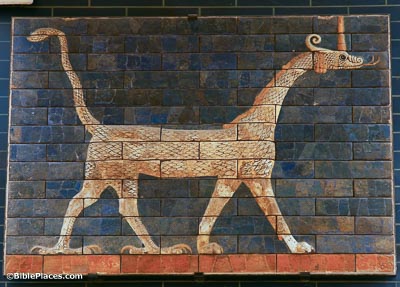 There was a certain Jew at the citadel in Susa whose name was Mordecai (Esther 2:5).

The name “Mordecai” was a common Babylonian name which is found in cuneiform inscriptions and was also used of an exile who returned to Judah from Babylon (Ezra 2:2; Neh 7:7). This name is derived from the name Marduk, or Bel (= “Baal,” “lord”), traditionally the chief god of the Babylonian pantheon. Marduk was sometimes depicted as a dragon, as seen here. 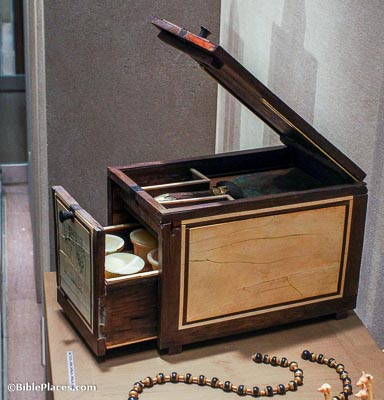 Esther was taken to the king’s house, to the custody of Hegai, keeper of the women . . . and he speedily provided her with her cosmetics (Esther 2:8-9).

The women brought into the king’s house were provided with costly beauty aids as part of their position. This cosmetic box made of cedar, ebony, and ivory demonstrates the kind of storage they may have used, although this particular example comes from Egypt. 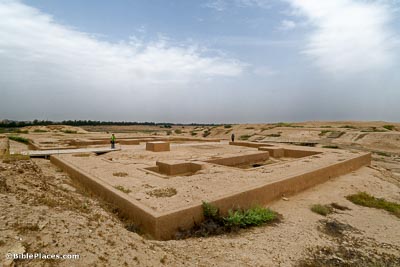 Mordecai was sitting in the King’s Gate (Esther 2:19).

The city gate was the normal place for conducting business in the ancient world. These gates contained chambers with benches where elders could spend the day, and where passersby could be hailed. The King’s Gate at Susa, pictured here, would not have been as accessible to the public as a regular city gate, but it probably had at least some of the same functions. At Susa, the presence of Mordecai in the King’s Gate indicates that he held some sort of official position in the king’s employment. 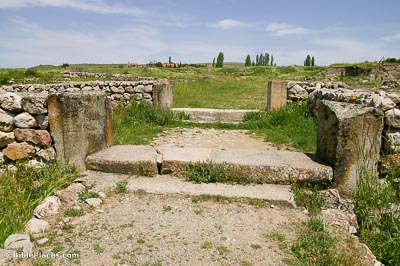 Guards of the Threshold

Bigthan and Teresh, two of the king’s eunuchs who guarded the threshold, became angry and sought to lay hands on King Ahasuerus (Esther 2:21).

The threshold refers to the stone—or stones—at the bottom of a door frame or doorway. This threshold is an ancient example from a structure at Alacahoyuk in Turkey. By watching the gate threshold, these two eunuchs were guarding the entrance to the palace. (Though, evidently, Xerxes’s safety was not their foremost concern.) 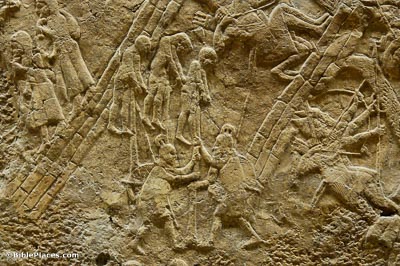 A common translation of this verse is “the men were both hanged on the gallows,” invoking the idea of a platform with a cross beam that was used for hanging a person in order to break their neck or cause strangulation. However, this method of execution is relatively modern. Impalement, on the other hand, was already a common practice by the time of Xerxes, making it the most likely method in this case. Shown here is an Assyrian depiction of the practice.