Philippi apparently had only a small number of Jewish inhabitants and no synagogue. Consequently Shabbat worship was held outside the city on the Krenides River. Here Paul met a group of women to whom he preached the gospel. Lydia, a merchant trading purple cloth, believed Paul’s message and was baptized with members of her household. Subsequently Paul went and lived at her home (Acts 16:15). 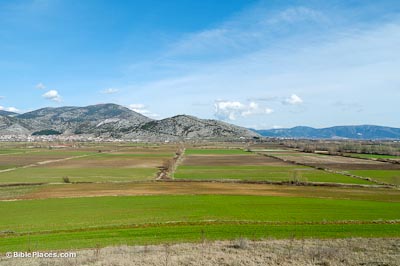 Founded in the 4th c. B.C. and renamed after King Philip of Macedon, Philippi was an important outpost on the Egnation Way. Two important battles were fought here in 42 B.C. resulting in the defeat of Cassius and Brutus, conspirators in the assassination of Julius Caesar. After these battles, Philippi became a Roman colony encompassing 700 square miles. 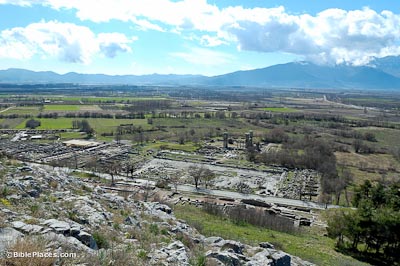 Archaeological work has revealed a large and well-preserved forum, a theater, the alleged jail of Paul and several Byzantine churches, including one of the earliest churches known in Greece. The number of churches in the city in the Byzantine period indicate Philippi’s importance to Christians at this time. A series of earthquakes apparently destroyed many of the buildings and probably contributed to the city’s decline. 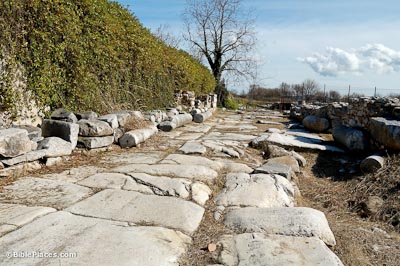 The Via Egnatia was built beginning in 145 BC and at its greatest extent connected Byzantium with the Adriatic ports. This route was Rome’s primary artery to the east and Philippi was an important outpost along the road. The Egnatian Way made it easier for Rome to move troops throughout the empire and it was the route that Paul traveled on from Neapolis to Philippi, Amphipolis, Apollonia, and Thessalonica. 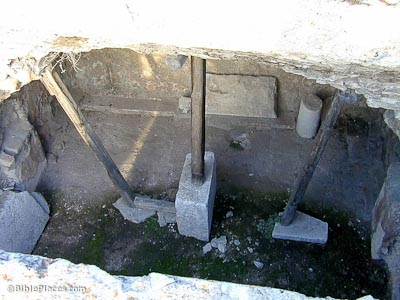 This traditional place of Paul and Silas’s imprisonment is of dubious authenticity, but it remembers the attack on these men and their subsequent flogging and imprisonment. In the course of the night, a violent earthquake shook the prison and the jailer feared that all might have escaped. After learning that none had fled, the Philippian jailer put his faith in Christ and was baptized with his family. 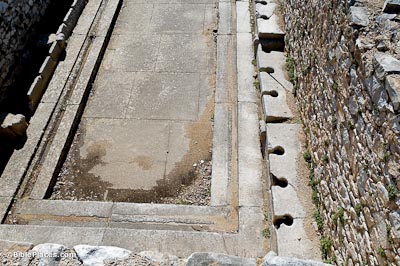 Public bathrooms were not uncommon in ancient Roman cities, but this one is a good illustration for Paul’s reference to scubalon, or human waste. In his letter to the Philippians, Paul wrote “I consider everything a loss compared to the surpassing greatness of knowing Christ Jesus my Lord, for whose sake I have lost all things. I consider them rubbish, that I may gain Christ” (3:8 NIV).

Philippi (Ancient History Encyclopedia). A great place to start learning more, as it offers an overview of the history and the major archaeological finds.

Philippi (Livius.org). Another good introduction, complete with a map and lots of pictures.

Gods, Gold, and the Glory of Philippi (Lambert Dolphin’s Resources)  A good article by Gordon Franz on the history of Philippi and Paul’s ministry here.

Philippi (BibleOdyssey.org). An interesting and brief article covering some political and religious aspects of ancient Philippi.

The Battle of Philippi: The Battle that Changed the Course of Western Civilization (Life and Land Seminars) Gordon Franz details the battle in which Mark Antony and Octavian defeated Brutus and Cassius.

Where is Ancient Philippi? (Drive Thru History). An approachable video introducing the site. Possibly helpful as a teaching aid.