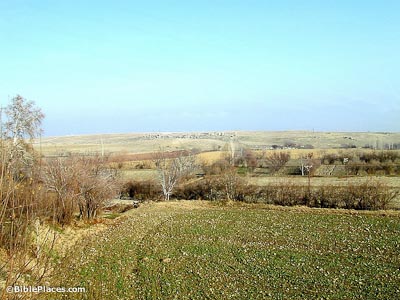 The city is located in the Lycus River Valley together with Hierapolis and Colossae. This valley is a natural route of travel from east to west.

The city was founded by the Seleucid king Antiochus II and named for his wife Laodice about 260 BC. 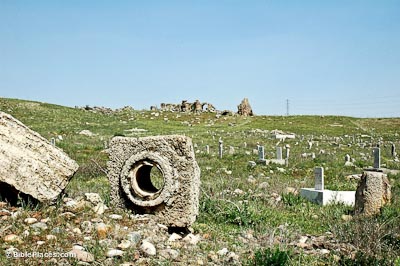 “And unto the angel of the church of the Laodiceans write; These things saith the Amen, the faithful and true witness, the beginning of the creation of God; I know thy works, that thou art neither cold nor hot: I would thou wert cold or hot. So then because thou art lukewarm, and neither cold nor hot, I will spue thee out of my mouth” (Rev 3:14-16). 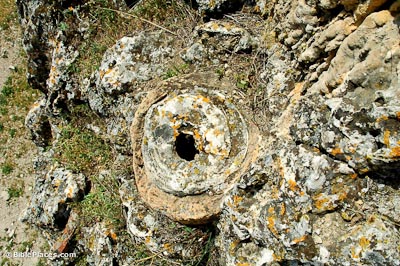 The water that was piped to Laodicea was rich with calcium which over time would cause the pipes to clog. The engineers designed the aqueduct with vents covered with stones that could be removed periodically for cleaning. 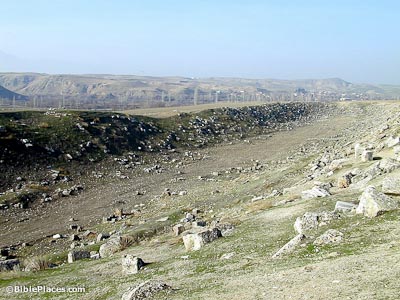 One of the few stadiums preserved from the ancient world, this one at Laodicea was built by Nicostratus and dedicated to Vespasian in AD 79 according to an inscription found here.

The stadium is circular at both ends and was the total complex was 900 feet (275 m) long. Used primarily for running races, the length of the track was fixed at 600 feet (182 m), also known as one stadium. 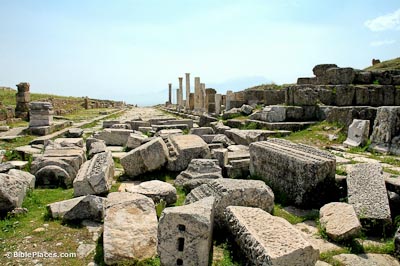 A small-scale excavation of the site was carried out 1961–63 by a Canadian team led by Jean des Gagniers. The focus of their work was on the nymphaeum which was supplied water from the Baspinar Spring by an aqueduct that still survives. The nymphaeum was dated to the early 3rd century AD. 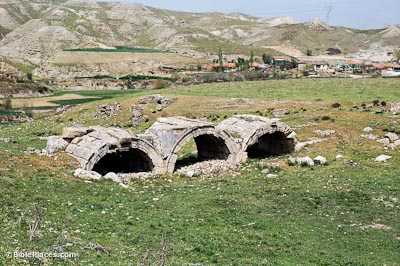 This triple-arched gateway was dedicated to Domitian (AD 81–96). Apparently, Laodicea received the gospel not from Paul but from his helper Epaphras during the time Paul was in Ephesus. Paul wrote the church here a letter during his first Roman imprisonment. This letter is not known historically and some have suggested that it is the letter now known as Ephesians.

Laodicea (turizm.net). Briefly highlights some of the major archaeological finds from the city, as well as historical highs and lows.

Laodicea (WebBible Encyclopedia, ChristianAnswers.Net). Briefly describes the location of the city, in addition to the basic historical facts about the site.

Laodicea (Pilgrim Tours). Compiles the texts of several Bible dictionary and encyclopedia articles on the city.

Laodicea (The Catholic Encyclopedia). Lends cultural understanding to life in this accomplished city throughout its history. Highlights its significance in the intertestamental and New Testament periods. Text only, no photographs.

Laodicea (Focus Multimedia). Offers a brief cultural and biblical history of the city, text only.

Turkey and Seven Churches of Revelation Photo Album (ArcImaging, Rex Geissler). Offers quite a few large pictures from a tour of Turkey. Go to “L” section or click on the appropriate “tour” link at the top of the page.