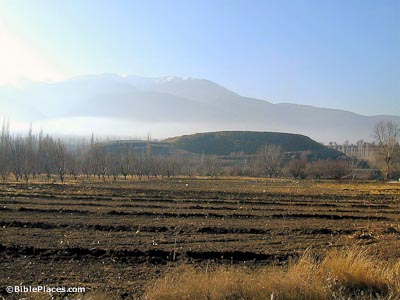 Colossae was located 120 miles (193 km) east of Ephesus in the Lycus River Valley in ancient Phrygia, part of the Roman territory of Asia Minor. It was one of a triad of cities in the area (the other two being Laodicea and Hierapolis), resting at the foot of Mount Cadmus. Its biblical significance lies in the fact that the book of Colossians was addressed to the church here (Col 1:2) and that Philemon lived in this city.

Although no excavations have yet taken place, surveys of the site reveal remains on the acropolis including a defensive wall and a pit lined with stones to the west. A theater lies on the eastern side and a necropolis to the north of the Lycus River, a branch of the Meander. Flinders University of Australia has a plan to excavate the site, but the lack of interest from its Turkish partner has so far prevented the inauguration of archaeological work. As Michael Trainor notes, “It would appear that Colossae suffers the same fate today as it has in past centuries—it just doesn’t seem as glamorous as its competing archaeological neighbors” of Laodicea and Hierapolis. For more information, see Alan H. Cadwallader and Michael Trainor, eds., Colossae in Space and Time: Linking to an Ancient City, and Alan H. Cadwallader, Fragments of Colossae: Sifting through the Traces. 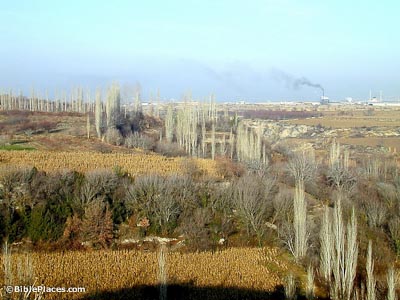 The Epistle to the Colossians

Paul had never visited Colossae when he composed his epistle to the church here, but he does imply that Epaphras founded the church, along with those at Laodicea and Hierapolis (Col 1:7-8; 4:12-13). This was probably during Paul’s third missionary journey, when he preached in Ephesus for two years, “so that all they which dwelt in Asia heard the word of the Lord Jesus, both Jews and Greeks” (Acts 19:10, KJV).

In John’s message to the Laodicean church (Rev 3:14-22), he speaks of the lukewarmness of Laodicea, that they were “neither cold nor hot” (vv. 15-16). This local allusion would have been clear to citizens of Laodicea, who knew of the cold, pure waters of nearby Colossae.

Colossae (The Catholic Encyclopedia). Highlights the biblical significance of the site while briefly describing geographical and physical properties of the site and surrounding area.

Colossae (All About Turkey). A short but helpful page with links to related articles.

Colossae (WebBible Encyclopedia, ChristianAnswers.net). Summarizes some facts about the site with internal links to related topics.

Colossae (Drive Thru History). This article explores the history of Colossae in connection with Paul’s letter.

Colossae (EnjoyTurkey.com). Interests the reader with both physically and biblically descriptive facts.

Colossae (WebBible Encyclopedia, ChristianAnswers.net). Interests the reader with both physically and biblically descriptive facts, including internal links to related topics.

Colossae – Finding the Freedom to Forgive (Wayne Stiles) Stiles observes a few applications for life from the archaeology and geography of Colossae.