Antioch on the Orontes 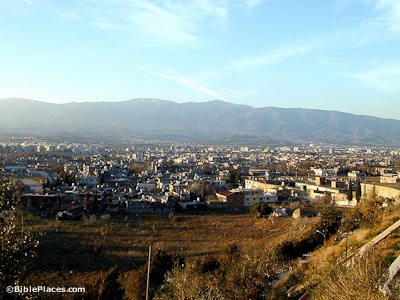 Antioch on the Orontes, also called Syrian Antioch, was situated on the eastern side of the Orontes River, in the far southeastern corner of Asia Minor. Three hundred miles (480 km) north of Jerusalem, the Seleucids urged Jews to move to Antioch, their western capital, and granted them full rights as citizens upon doing so. In 64 BC, Pompey made the city capital over the Roman province of Syria. By AD 165, it was the third largest city of the empire. 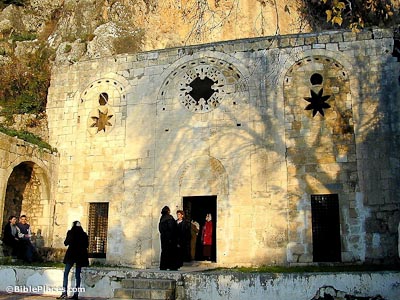 St. Peter’s Grottos Church is one of more than twenty 4th-century churches uncovered in Antioch. According to tradition, this cave was used for secret meetings of Antiochene Christians avoiding persecution. Tradition says that Peter preached and taught here while he was in the city between AD 47–54. 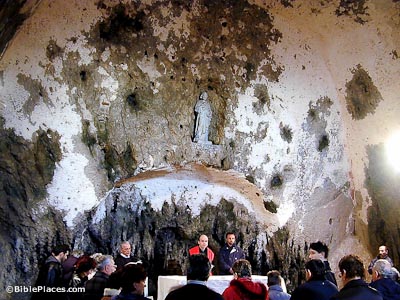 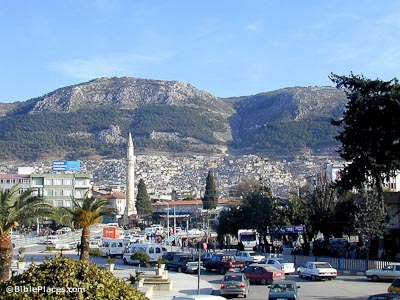 Today the modern city Antakya sits atop much of ancient Antioch and very little remains of the ancient city. Princeton University and the Sorbonne excavated from 1932 to 1939. Finds include city walls, a hippodrome, portions of a Roman aqueduct, masonry works for flood control, and foundations of what may have been Diocletian’s Palace. Very little remains of ancient Antioch.

Antioch (Livius). An interesting and well-illustrated introduction to the site.

Antioch (Catholic Encyclopedia). Informative encyclopedia article on the cities of Antioch of Syria (i.e., on the Orontes) and Antioch of Pisidia. Gives some insights into the city’s history and significance.

Antioch (Bible Odyssey). An article that discusses both Antiochs mentioned in the New Testament.

Antioch (Travel Photos by Galen R. Frysinger). Features some photos taken in the city, including St. Peter’s Grotto and the Mosaic Museum.