Hometown of Trajan and Hadrian 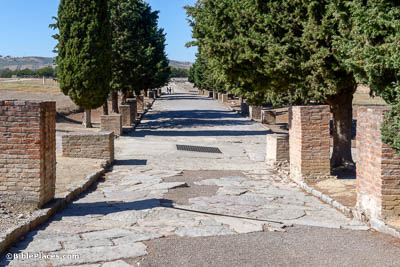 Italica was a city of southern Hispania and a close neighbor of Hispal (modern Seville). It was one of the very earliest Roman settlements in Hispania, founded in 206 BC as a veteran colony. Despite being overshadowed by its neighbor, Italica enjoyed a prosperous golden age in the 1st and 2nd centuries AD. Fortunately for archaeologists, the site became abandoned sometime in late antiquity or shortly after, leaving it largely undisturbed until excavations began in the 19th century. 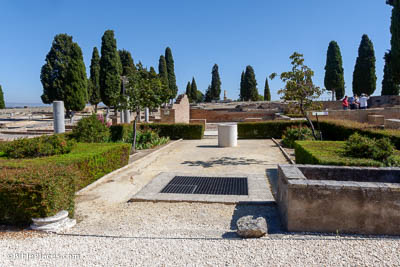 The House of the Birds

Emperor Hadrian had great loyalty to Italica as his hometown, and he was responsible for many building projects here. A number of wealthy residences have been uncovered in Hadrian’s expansion of the city. Careful reconstruction (and landscaping) allows visitors to get some sense of the luxurious living that the occupants enjoyed. This house was named after one of its mosaic floors, which depicts a number of bird species. 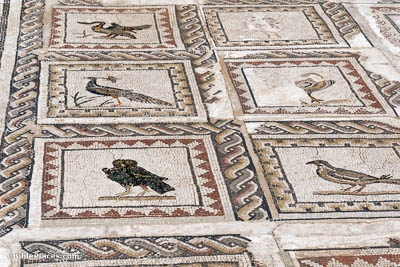 Because of Italica’s excellent state of preservation, many mosaics have been found intact. A number of these were removed to museums for protection, but several remain on-site for the enjoyment of visitors. Shown here are some of the birds that gave the House of the Birds its name. 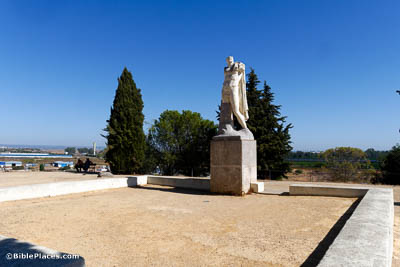 The Temple of Trajan

This temple was another of Hadrian’s projects, dedicated to his adoptive father. It was once quite an impressive sight, surrounded by porticoes and decorated with several sculptures. Unfortunately, its construction materials were so precious that they were quickly repurposed after this part of the city fell into disuse. 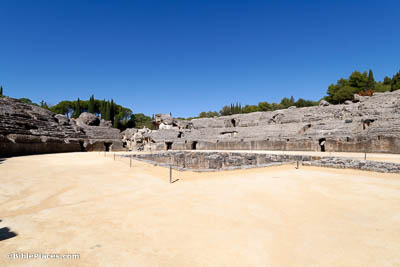 This massive amphitheater was also Hadrian’s doing. It sat at least 25,000 people—which, according to some estimates, may have been more than double Italica’s population in Hadrian’s day. Its size may have had more to do with status than practicality. As one of the largest known Roman amphitheaters, it is certainly impressive.

Visit Italica Spain (Travel Blog). This page offers a visitor’s perspective on Italica, with some helpful tips for those wanting to see the spot themselves.

The Hadrianic city of Italica (UNESCO). A lengthy report with some interesting insight into the archaeological history and features of the site.