Cove of the Sower 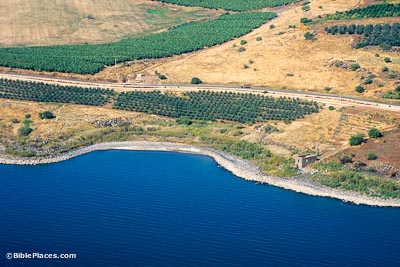 Cove of the Sower

Located mid-way between Capernaum and Tabgha, major centers of Jesus’s ministry, this cove has been noted for its acoustical properties.

Mark 4 records a time when Jesus was teaching a large crowd and pushed out in a boat in order to speak to them. Some suggest this cove is an ideal location for teaching the crowds. 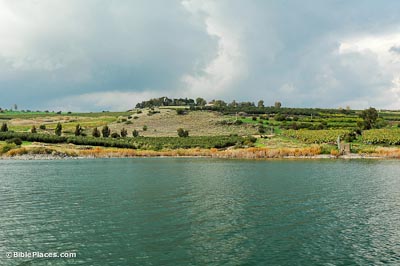 View from the water

An acoustical study of the cove was done by B. Cobbey Crisler and is published as “The Acoustics and Crowd Capacity of Natural Theaters in Palestine” in Biblical Archaeologist Dec 1976, pp. 128–41. He concludes that 5,000–7,000 people could fit in the area below the road. More than double that could fit in the entire area of the hillside.

This audio file was recorded from approximately the position from which this photograph was taken. The speaker is standing on the shoreline (near the tree). This sound file has not been edited in any way and will give you some idea of how the sound carries.

From this vantage point, a person on the shoreline is a mere speck. I’ve done this experiment more than a dozen times and every time the idea that sound will carry from the water’s edge to the top of the slope is greeted with skepticism. How can you hear him when you can hardly see him? 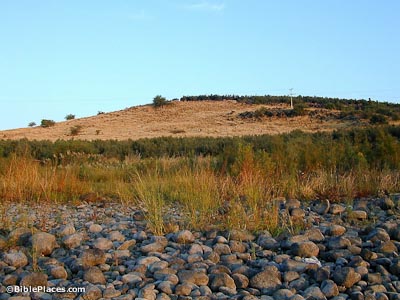 Does it work? Can a person stand at the top of the hill and hear a speaker at water’s edge?  On a non-windy day when there are not cars passing by on the road, the answer is yes. Again and again, groups scattered across the hillside have heard the speaker’s voice, distinctly and without trouble in understanding each word. Furthermore, conversations between distant people are quite possible in this cove.

See historical photos of the Sea of Galilee at Life in the Holy Land. See also the related sites of Sea of Galilee, Bethsaida, Capernaum, Chorazin, Mt. of Beatitudes, and Tabgha.

Cove of the Sower (Ferrell Jenkins) Gives a few nice aerial photos and a discussion of Crisler’s work.

Sower’s Cove (Holy Land Photos) Features a map of the Sea of Galilee, with the Sower’s Cove marked. Also includes a few details about the area. Menu options allow the user to click through a few images with more information.

B. Cobbey Crisler (Crisler Library Oxford) A biography of the man who studied and published the acoustical properties of this cove.

The Acoustics and Crowd Capacity of Natural Theaters in Palestine (B. Cobbey Crisler) The original article by Crisler, available for a small fee or with a partner membership.