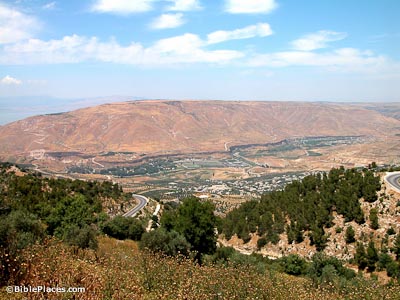 The Yarmuk River is the northern border of Gilead and the southern border of Bashan (modern Golan Heights). The Yarmuk is never mentioned by name in Scripture. In the bottom of the valley, on the border of Israel and Jordan, is Hammath Gader, a region of hot springs (hammath) in the district of Gadara. These baths were built and visitors flocked to the site in the Roman and Byzantine periods. 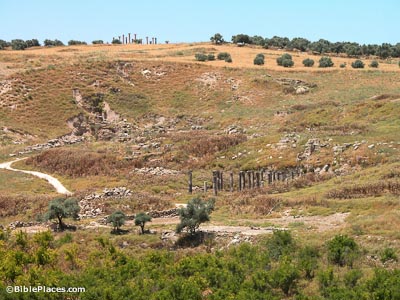 The modern name of Quailibah preserves the ancient name of Abila. Locals remembered the tell as “Abil” in the 19th century. Abila is one of the cities of the Decapolis (Matt 4:25), but is not referred to specifically in Scripture. The site is divided into two major tells—Abila to the north and Umm el-Amad to the south.

Abila was excavated by W. Harold Mare of Covenant Seminary since 1980. Abila has evidence of occupation from the Early Bronze Age (3rd millennium) through the Umayyad periods (8th century AD), but the most significant remains date to the later periods (Byzantine and Umayyad). Three Byzantine churches have been uncovered at Abila, leading the excavator to suggest that the city was the site of a bishopric headquarters. 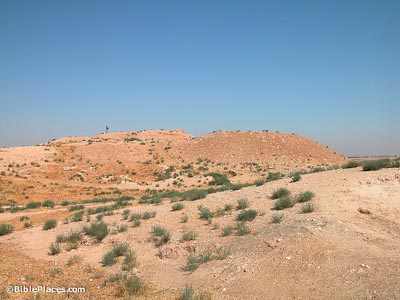 Ramoth Gilead was one of three cities of refuge in Transjordan (with Bezer and Golan). In the Israel-Syrian wars, Ahab fought at Ramoth Gilead and was mortally wounded (1 Kgs 22:1-40). Ahab’s son Joram continued the battle and was wounded as well (2 Kgs 8:28-29). While continuing the battle against Syria, Jehu was anointed king of Israel at Ramoth Gilead. He drove “like a madman” from Ramoth Gilead to Jezreel (2 Kgs 9:14-16). In spite of Israel’s efforts, Hazael of Syria (in Jehu’s time) conquered Bashan (Golan) and Gilead, as far as the Arnon River (2 Kgs 10:32-33). 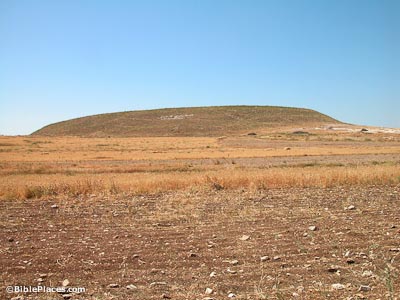 Ramoth Gilead has been identified with three sites in close proximity to each other. Tell er-Rumeith (pictured above) was excavated by Paul Lapp in the 1960s and has Iron Age remains. Some scholars feel that the site is too small to fit the biblical description. Tell el-Husn (pictured left) is another possibility, though the Muslim cemetery on top prevents excavation. A third candidate is er-Ramtha, but the modern city sits on top of this site and makes excavation impossible.

Ancient Gadara City of Philosophers (The Gadara Home Page). A website devoted to Gadara that provides interesting facts about the ancient city.

The Yarmuk River (Daily Bible Study). Helpful description of the Yarmuk with a map of the region.

Abila Archaeological Project (John Brown University). The official home of a dig led by the late Dr. Harold Mare, containing a good summary of the history of the site, a site map, discoveries and a few pictures.

Excavations at Abila of the Decapolis, Northern Jordan (The Bible and Interpretation). Excavation history and goals for future excavation, written by the excavator in 2004.