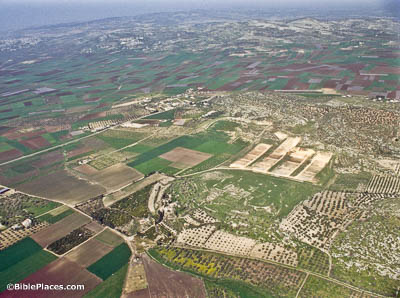 Joseph came to this valley searching for his brothers who had moved on with their flocks from Shechem.

“So he sent him out of the vale of Hebron, and he came to Shechem. And a certain man found him, and, behold, he was wandering in the field: and the man asked him, saying, What seekest thou? And he said, I seek my brethren: tell me, I pray thee, where they feed their flocks. And the man said, They are departed hence; for I heard them say, Let us go to Dothan. And Joseph went after his brethren, and found them in Dothan. And when they saw him afar off, even before he came near unto them, they conspired against him to slay him” (Genesis 37:14-18, KJV). 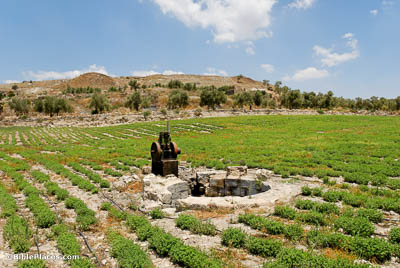 It was in this valley that Joseph was first thrown into a well and then sold to traders passing through on their way to Egypt (Gen 37:12-36). This photo shows a modern well in the foreground with the ancient ruin of Dothan rising in the background.

“When Reuben heard this, he rescued Joseph from their hands, saying, ‘Let’s not take his life!’ Reuben continued, “Don’t shed blood! Throw him into this cistern that is here in the wilderness, but don’t lay a hand on him.’ (Reuben said this so he could rescue Joseph from them and take him back to his father)” (Genesis 37:21–22, NET). 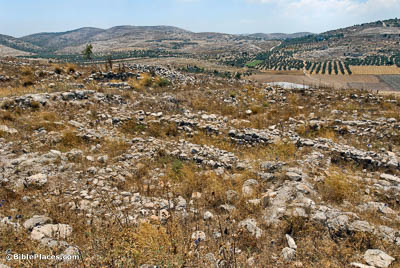 Dothan was excavated by Wheaton College under the leadership of Joseph P. Free from 1953 until 1964. Major discoveries included a Middle Bronze city, an Iron Age II storage complex, and the western cemetery.

The Iron II period was best represented in the Free excavations. At least four different strata from this period were excavated. The final Iron Age stratum represents construction by the Assyrians after the fall of the northern kingdom in 722 BC. 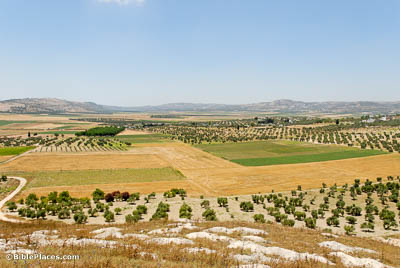 Elisha and the Arameans

Elisha was staying in Dothan when the Aramean army came to capture him. This photo provides a view of the beautiful Dothan Valley from the edge of the ancient city of Dothan.

“The king ordered, ‘Go, find out where he [Elisha] is, so I can send some men to capture him.’ The king was told, ‘He is in Dothan.’ So he sent horses and chariots there, along with a good-sized army. They arrived during the night and surrounded the city. The prophet’s attendant got up early in the morning. When he went outside there was an army surrounding the city, along with horses and chariots. He said to Elisha, ‘Oh no, my master! What will we do?’ He replied, ‘Don’t be afraid, for our side outnumbers them'” (2 Kings 6:13–16, NET).