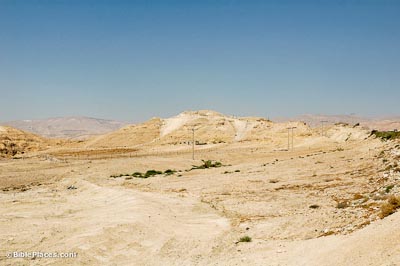 Bab edh-Dhra (“Gate of the Arm”) is on the southeastern corner of the Dead Sea, on the south bank of Wadi Kerak. It has been suggested as one of the five “cities of the plain” in Genesis 13 and 19 and has been proposed by some to be the city of Sodom. One difficulty with this identification is that the destruction of the Bab edh-Dhra is typically dated to circa 2300 BC, about 200 years earlier than the biblical date for the destruction of Sodom and Gomorrah. 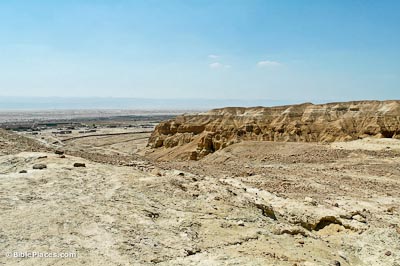 The town site at Bab edh-Dhra was occupied from Early Bronze I–III (3rd millennium BC). The town’s occupation peaked in EBIII when it reached a size of 10 acres (4 ha) and a population of about 1000 people. A 23-foot (7-m) stone wall dating to EBIII was uncovered at the eastern and western ends of the town site. On the east end, an earlier mud-brick wall was exposed under the stone wall 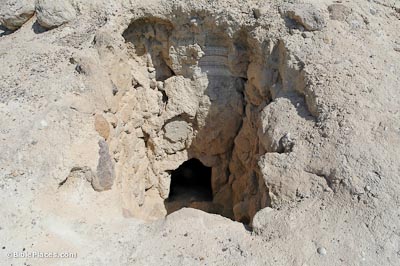 The most remarkable feature of Early Bronze Bab edh-Dhra is the number of graves. While the population apparently numbered only 1,000 individuals, an estimated 20,000 tombs are located on-site. These family tombs would have held approximately half a million people and over 3 million pottery vessels. Rather than understanding them as a cemetery for semi-nomads, a better explanation is that they were a central burial ground for the country as a whole. 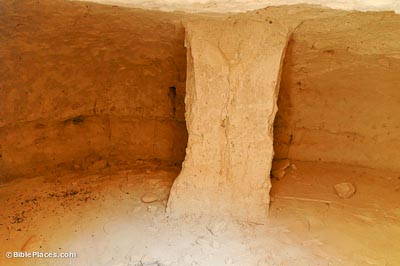 The most common type of tomb is the “shaft grave.” A vertical shaft about 6 feet (1.8 m) deep was cut through the soft limestone. Off this shaft one to five chambers were cut, each of which could hold four to six individuals and was approximately 7 feet (2.1 m) in diameter and 3 feet (0.9 m) high. Often, many pottery pieces were around the bone pile. Shaft graves are typical to the Intermediate Bronze period, but they also date to Early Bronze I at Bab edh-Dhra.

For historical images of tombs, see Life in the Holy Land.

Bab edh-Dhra’, Numeira, and the Biblical Patriarchs: A Chronological Study. A dissertation written by our own Dr. Kris Udd on whether the site can be legitimately identified as Sodom.

Smithsonian (Institute for Biblical & Scientific Studies). Briefly discusses the excavation of Bab edh-Dhra by the Smithsonian Institution. Has a picture of one of the skeletons from the site and a picture of a reconstruction of the city’s population.

Excavations @ Bab edh-Dhra’ (Bab edh-Dhra’ Bioarchaeology). A short and well-illustrated page about some of the findings at the site. The rest of the website may also be of interest to those who enjoy biology and how it intersects with archaeology.

Evidence of Sodom and Gomorrah (Christian Answers). Describes some of the archaeological evidence that has been found at Bab edh-Dhra. Written from the viewpoint that it is the biblical Sodom.