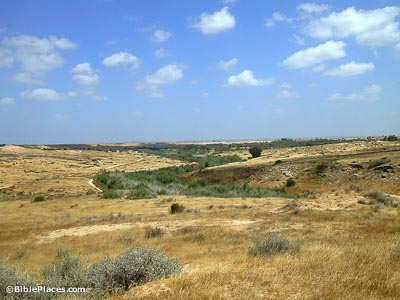 The Nahal Besor is one of the largest wadis in the Negev, draining the western Negev basin to the Mediterranean Sea near Gaza. The biblical use of the term “Negev” is different than the modern use. Biblically, the Negev referred to an area of land south of the Judean hill country and Shephelah that was inhabitable. The Nahal Besor essentially constitutes the southern border of the Negev, and south of the Nahal Besor is the Wilderness of Zin. The biblical Negev included the cities of Arad, Beersheba, Gerar, and Ziklag. 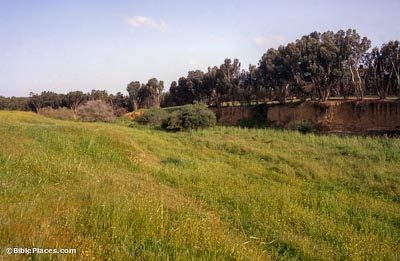 The Nahal Besor has been identified with the Wadi Shallaleh and is the location of an interesting episode in the life of David. Before he became king, David lived with the Philistines in the city of Ziklag that he was given. One time, he intended to join the Philistines for a campaign against the Israelites, and while away his city was attacked by Amalekites and the families and goods carried off (1 Sam 30). 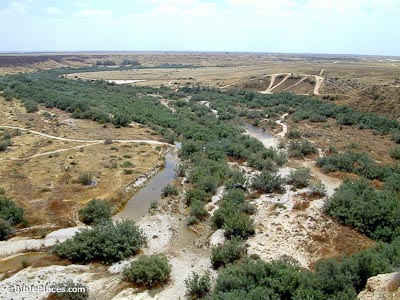 David returned to find his city destroyed and set out in pursuit. Upon reaching the Nahal Besor, some of David’s weary men asked to stay behind with the baggage. David granted this request, but it later generated animosity. Those who went with David and defeated the Amalekites thought it unfair that those who stayed behind should share in the plunder, but David decreed that all should share alike. 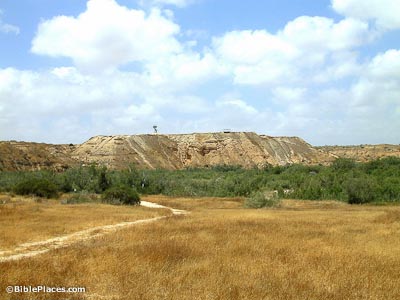 Tell el-Farah South is located on the western bank of Nahal Besor, about 12 miles (19 km) southeast of Gaza. W. F. Albright suggested that the tell was to be identified with Sharuhen, but some scholars doubt this identification, locating Sharuhen closer to the coast at Tell el-Ajjul. The tell is 15 acres (6 ha) in size and rises to 50 feet (15 m) above the area around it. Tell el-Farah South was a strongly fortified and important site in the Middle Bronze period. In the Late Bronze period, the site was under Egyptian control. The Philistines inhabited the city in the Iron I period.

Nahal Besor River from Tel Sharuhen (personal website). Offers several pictures of Nahal Besor and Tell Sharuhen. Click on the images on the right to see other pictures.