The Traditional Place of Paul's Arrival in Spain 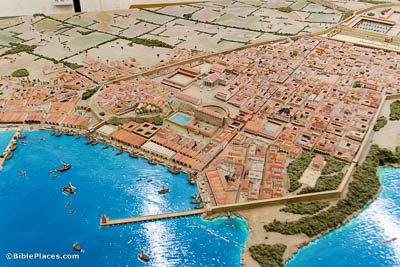 As with many Roman cities in Hispania, the port city of Tarraco began as an Iberian settlement. Romans took control of the site very early on in their conquest of Hispania—circa 218 BC—and it became perhaps the first Roman settlement on the peninsula. Under the Roman Republic, Tarraco served as the capital of Hispania Citerior, a province that covered the eastern coast of Hispania. After the province lines were redrawn, Tarraco was instead the capital (and namesake) of Hispania Tarraconensis, the largest of Hispania’s provinces. 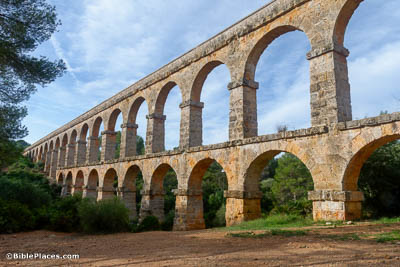 Augustus himself spent some time residing in the city. It was, naturally, a boon to Tarraco to have the emperor staying here. The city saw a number of building projects during Augustus’s reign, possibly including this aqueduct. (Others have dated it to the time of Trajan.) Each arch has a diameter of about 20 feet (6 m). An amazing 36 of these arches have been preserved. 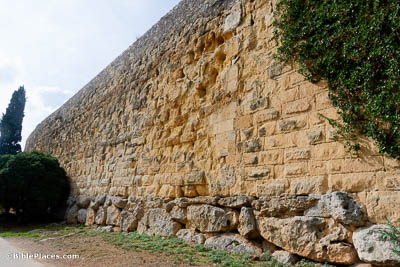 Much of Tarraco’s outer wall has been wonderfully preserved, as about a third of its full length is still standing. The lowest section of the wall is of notably rough workmanship and has been dated to the early period of Roman settlement. In their haste to establish a defensible military encampment, those early Romans probably preferred speed over beauty. The second phase is where the typical ashlar handiwork of Roman walls begins to appear. 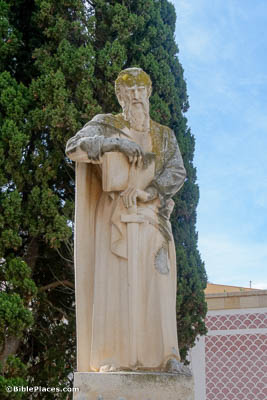 Church tradition suggests that Paul satisfied his desire (Romans 15:24) to visit Hispania, despite no clear reference to such a trip in the New Testament. There is a Chapel of St. Paul in the city, which supposedly was built on a rock where Paul preached. If Paul did indeed visit Hispania, Tarraco would be an obvious choice, given Paul’s preference for large cities. This statue of Paul was erected in 1963, 1900 years after the presumed date of his visit. 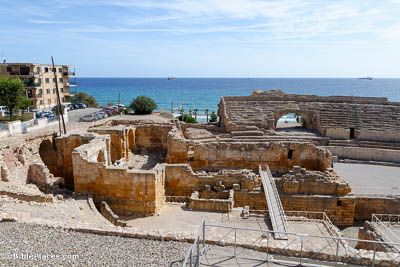 Martyrdoms in the Amphitheater

In AD 259, during the persecutions under Valerian, Bishop Fructuosus of Tarraco and two deacons were burned at the stake in this amphitheater. This began a history of interest in the amphitheater from Christians, and when the structure fell into disuse, a series of churches were built on top. The last church was demolished in the 20th century.