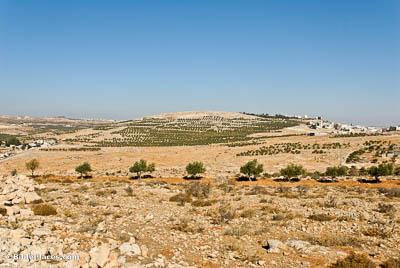 Sitting at an altitude of 2,700 feet (825 m), Tekoa is located at Khirbet Tequ’a, about 10 miles (16 km) south of Jerusalem. The Arabic village of Tukuu has preserved the name of the biblical city of Tekoa. There is now a modern Israeli village next to it that uses the biblical name of Tekoa. This photograph shows the ancient site from the south. 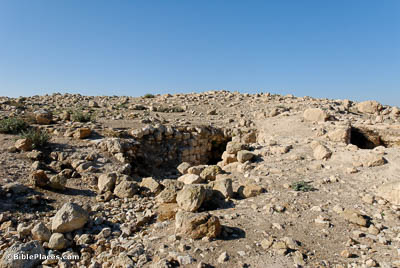 The site is located exactly on the border between arable land and the desert. East of the city extends the wilderness of Tekoa (2 Chr 20:20). To the west there is an area once known in the Talmud for its olive trees. Although the site of Tekoa has not been excavated by archaeologists, an abundance of evidence exists of illegal digging by antiquities thieves.

Tekoa in the Bible

Tekoa is a city on Jerusalem’s protective perimeter (Jer 6:1). The city was fortified by Rehoboam (2 Chr 11:6). Later, Jehoshaphat’s army passed by Tekoa, and Jehoshaphat stopped nearby to pray (2 Chr 20:20). Tekoa is also the hometown of several named figures in Scripture. Ira, one of David’s mighty men, was from Tekoa (2 Sam 23:26; 1 Chr 11:28; 27:9). The “wise woman” who convinced David to allow Absalom’s return was also from Tekoa (2 Sam 14:1-20). And most notably, the prophet Amos was a shepherd from Tekoa (Amos 1:1). This photo shows some caves in the ruins of the ancient site. 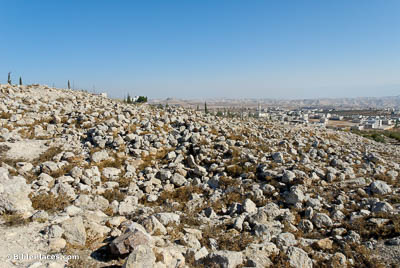 View Toward the Wilderness

The ruins of a Byzantine church can be seen at the site. A cave located northeast of the church has been honored since the 1st century AD as the grave of Amos. There were many monks and monasteries in the vicinity of Tekoa in the Byzantine period. In many cases, they represented unorthodox theologies, such as Monophysitism and Origenism.