Gades was a port city on the southern coast of Hispania. Before the Romans took control, Gades began as a Phoenician city founded by Tyrians. Its origin is dated to ca. 1100 BC, making it one of the oldest extant cities in Western Europe. The historian Strabo (63 BC – AD 24) identified the city as being located “at the end of the earth” (3.1.8) and “at the most westerly point of the inhabited world” (2.5.14). If Paul’s intention was to travel to the “ends of the earth,” as expressed in his quotation of Psalm 19 in Romans 10:18, he may well have intended to visit Gades. 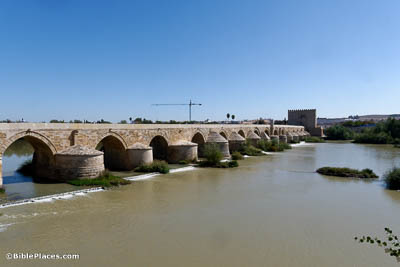 Corduba has always been prime real estate, thanks to its position on the river Guadalquivir, and the city was prominent under the Romans. Paul’s normal approach in evangelizing was to visit larger cities, and if he did indeed visit Spain, he may have desired to visit Corduba. By traveling on the Via Augusta from Tarraco, he would have likely crossed over this Roman bridge. 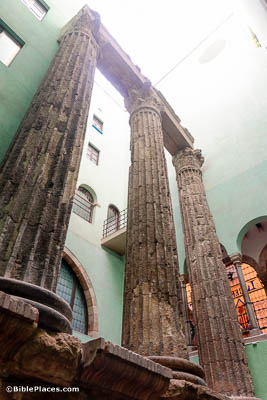 Though now famous for reasons entirely unrelated to its ancient roots, the modern city of Barcelona was also a respected city in the Roman world. It was known to the Romans as Barcino—a name that may or may not have some connection to Hamilcar Barca, father of Hannibal and alleged founder of the city. However, only a few fragmentary remains of the Roman city have been preserved, such as this temple. 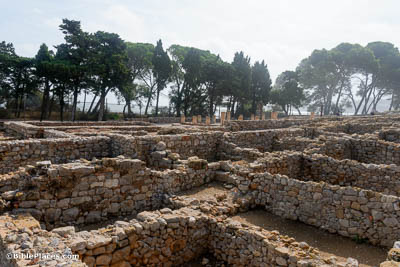 When the Romans swept through Hispania, the Greek colony of Emporiae welcomed them as friends and allowed them to use the city as a launching point for the campaign. Because of this, the Romans allowed Emporiae to retain its individuality for some time after. Instead of occupying the city itself, the Romans established an adjacent settlement for themselves. However, Emporiae later lost favor after siding with Pompey. It was stripped of its independent status, and the Roman settlement merged with the original city. 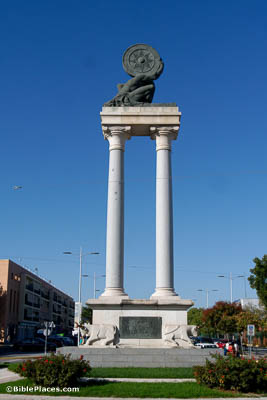 Between its central location and its bustling local olive trade, Roman Astigi was a powerful city. As was common with cities in Hispania, Astigi had a special reverence for the mythical figure of Hercules. In fact, the Via Augusta (which traced the full length of Hispania) was actually a Roman rebuilding of an earlier road called the Via Herculea, which was named after the legendary hero. Consequently, Hercules figured into the founding myths of several cities in Hispania, including Barcelona and Astigi. This monument shows Hercules with his famous shield.