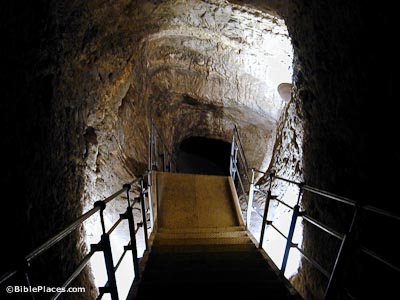 Discovered by Charles Warren in his investigations of the city in the 1860s, this underground tunnel system has become known as “Warren’s Shaft.”

The system by this name consists of four parts: the stepped tunnel, the horizontal curved tunnel, the 45-foot (14-m) vertical shaft, and the feeding tunnel. Scholars have long debated the date and function of this system. 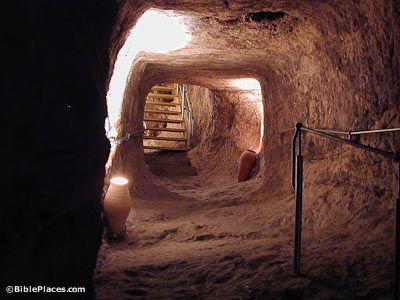 What is clear is that this system was used to access the city’s supply of water (the Gihon Spring) from inside the safety of the city walls.

Excavations in the 1980s seem to indicate that the system was post-Davidic, but more recent work establishes its Middle Bronze date (c. 1800 BC). A new question has arisen over whether or not water was ever raised up the vertical shaft. 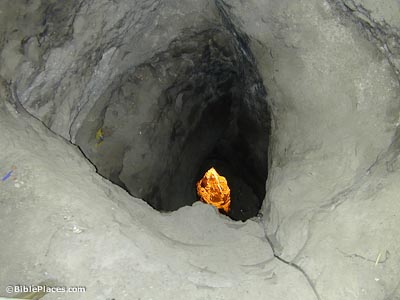 This 45-foot (14-m) vertical shaft led to a feeding tunnel which connected the base to the Gihon Spring. The theory for a long time was that the city’s inhabitants would drop their buckets down this shaft to retrieve water.

Recent study suggests that was not the case. However, it does not follow that this shaft could not have been the one Joab ascended in conquering the city for David (2 Sam 5). 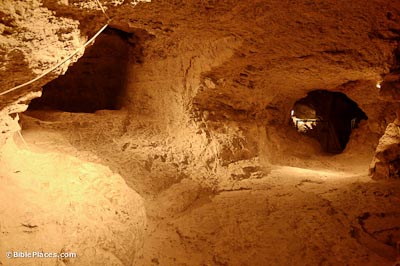 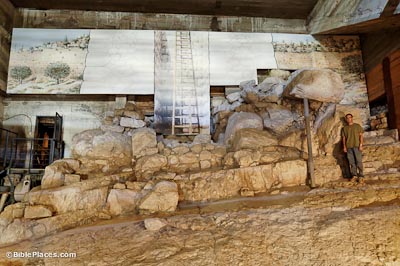 The Pool Tower was one of two (the other being the Spring Tower) built by the Canaanite people living in Jerusalem about 1800 BC. These two massive towers fortified the city’s water system and allowed the Jerusalemites to safely access fresh water in times of siege. The Pool Tower guarded a pool (see below) which received water from a feeder tunnel from the Gihon Spring. Citizens would apparently retrieve water from a platform connected to this tower. 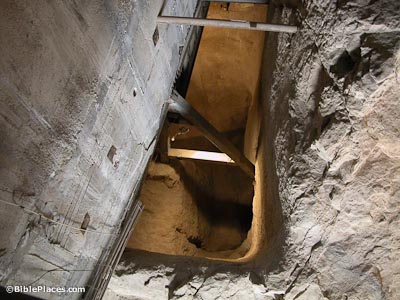 Only partially excavated because of a building structure in the way, this pool was a storage basin for water brought from the nearby Gihon Spring.

Related BiblePlaces.com pages: Hezekiah’s Tunnel, Pool of Siloam, and City of David. For historical images of water systems in Jerusalem, see Life in the Holy Land.

Jerusalem’s Water Supply During Siege: The Rediscovery of Warren’s Shaft (BAR article by Yigal Shiloh) This 1981 article gives a slightly dated view about the use of Warren’s Shaft, along with the history and excavation details.

City of David – Of Kingdoms and Water (personal page) Offers an alternative to David climbing up Warren’s Shaft, from a tourist’s perspective.