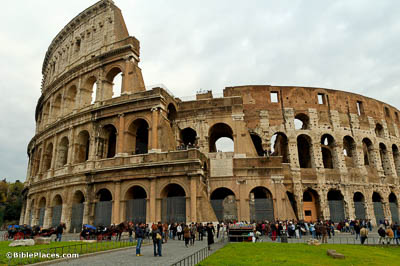 The Colosseum was built during the years AD 72–79 and the first games held in it in AD 80. Vespasian built the Colosseum over an earlier palace complex that Nero had erected, financing the construction by selling war spoils (probably from the Jewish victory). Vespasian’s son, Titus, finished the amphitheater, which was referred to as the Flavian Amphitheater, after Vespasian’s and Titus’s family name, Flavius. Not until the Middle Ages did anyone call it the “Colosseum,” a name taken from the Colisaeus, a large statue of Nero formerly standing beside the amphitheater. 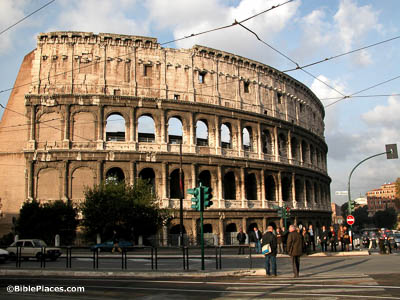 The travertine façade of the Colosseum was decorated with semi-columns in a different classical style for each tier: the lowest Doric, the middle Ionic, and the highest Corinthian. The travertine blocks were connected with iron clamps which were removed in the Middle Ages.

The 80 arches at ground level served as entrances into the amphitheater. Marked with numbers, each arch was reserved for a different type of ticket, whose number matched the doorway. A special arch located on the northeast side was reserved for the emperor alone. 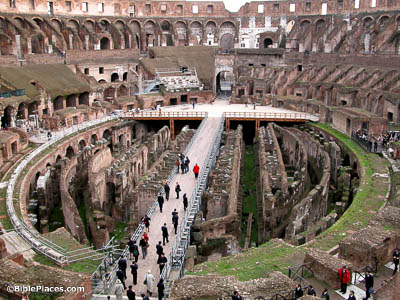 The arena was constructed of wood in the shape of an oval, measuring 280 by 170 feet (86 by 54 m), and then covered with sand. Under the arena were housed animals and gigantic stage props for battle scenes played out in the arena. When Titus officially opened the games in AD 80, games were held for the first hundred days, during which time thousands of animals were slaughtered. A wall originally surrounded the arena, which served to protect spectators from the wild animals. 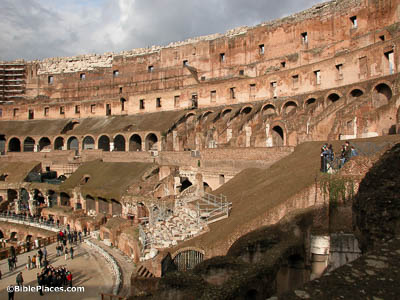 The place where the spectators sat, called the cavea, was overlain with marble and composed of three tiers, or levels. The tier on which a spectator held a seat reflected his social standing, with the least respected (populace, women, and slaves) sitting at the top, Roman citizens in the middle, and the most respected at the bottom. Between the cavea and the arena stood a podium where emperors and other high officials took their seats. 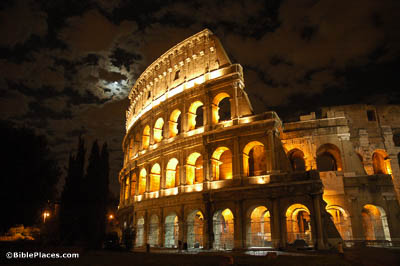 The Colosseum fell into disuse during the Christian era. In the Middle Ages the Frangipani and Annibaldi families used it as a castle-fortress while battling with other families within the city. Emperor Henry VII presented the Colosseum to Rome in 1312, but by the 15th century, it had become a stone quarry. In 1749 it was dedicated to Christ’s Passion, because many Christians were thought to have been martyred in it. In the 19th century, visitors like Lord Byron and Charles Dickens admired the structure for the romantic nature of its ruins. 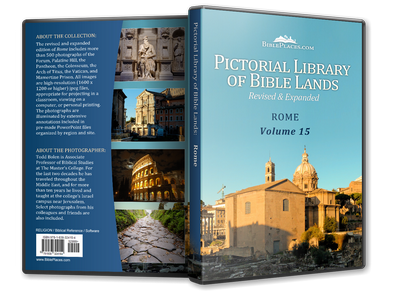 The Colosseum: Emblem of Rome (BBC). This overview focuses on the structure’s architecture.

Secrets of the Colosseum (Smithsonian.com). For those interested in the Colosseum’s more modern history, including scholarly attempts to make sense of the site’s archaeological evidence, this longer article may be a very interesting read.

Rome, Italy: The Colosseum (Rick Steve’s Europe). A short video about the Colosseum. The information is helpful, but the shots are even more so because they provide a sense of scale that still photos often can’t.