The Tomb of the Kings

Also known as Tomb of Queen Helene/Helena of Adiabene 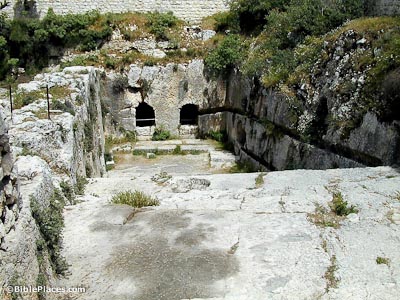 Generally regarded as the largest and most beautiful tomb in Jerusalem, the so-called “Tomb of the Kings” was the final resting place for the family of Queen Helene of Adiabene in the first century AD. Located half a mile (820 m) north of the Old City walls, the tomb got its name from early explorers who believed that this magnificent tomb housed members of the dynasty of David. 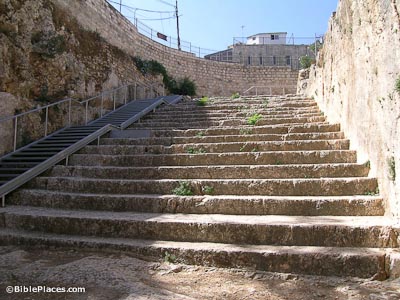 The tomb was described by the Greek geographer Pausanias as the second most beautiful tomb in the world (after the tomb of Mausolus, one of the seven wonders of the ancient world). This 30-foot (9-m) wide staircase was originally paved and led to a forecourt with several ritual baths (only recently identified as such). Water collected in the baths from a channel system carved in the steps.

The 90-foot (28-m) facade was crowned with three pyramids which no longer exist but are described by Josephus and other ancient sources. The architrave was originally supported by two pillars, fragments of which were found in the excavations. The definitive study of this site was done by Maximilian Kon in the first doctoral dissertation for the archaeological department of Hebrew University. 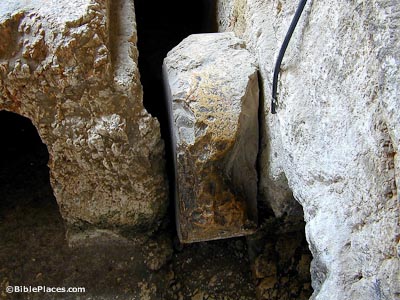 The entrance to the tomb was sealed with a large rolling stone. This stone was set in a deep channel in which it could be pushed back and held in place with a smaller stone. In the first century AD, a “secret mechanism” (so NEAEH) operated by water pressure moved the stone. Probably a small amount of water pressure activated a system of weights to open the tomb. 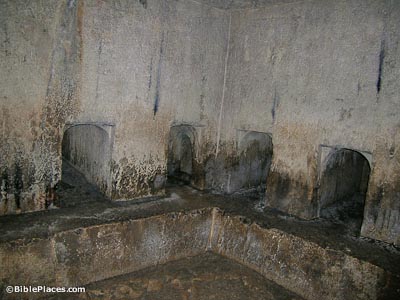 The two most common types of tombs in the first century AD are both found in this tomb complex. Loculi (kokhim) were long narrow shafts in which the deceased were placed and closed with a stone slab which probably had the name of the occupant inscribed on it. Channels in the center of the shafts were probably carved to drain the water that seeped through the rock. 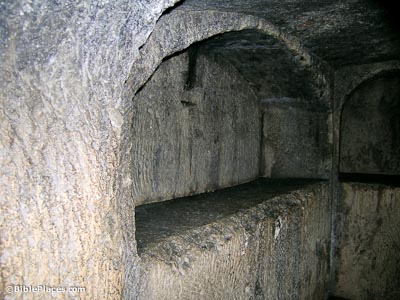 Two of the eight burial chambers have arcosolia, resting places made of a bench with an arch over it. Some of the arcosolia have triangular niches where oil lamps were placed to give light during the burial process. Two large stone sarcophagi were also found in the tomb that looters had missed. An inscription on one mentions “Queen Saddah.”

For historical images of this and other tombs, see Life in the Holy Land. For Bible chapters related to tombs, see Matthew 27 and Luke 24.

Jerusalem: Burial Sites and Tombs of the Second Temple Period (Jewish Virtual Library) Discusses tombs and burial methods in Jerusalem, highlighting several famous structures, including the tomb of Queen Helene of Adiabene (#4), otherwise known as the “Tomb of the Kings.”

Queen Helena of Adiabene and Her Sons in Midrash and History (thetorah.com) A Jewish look at Queen Helena.

Rolling Stone Tombs #1—The Tomb of the Kings (Ferrell Jenkins) Jenkins does an Easter series on rolling stone tombs, starting with an illustrated focus on this one. He also contrasts between 2008 and 2019/20 photos of the tomb.

Entrance to the Tomb of the Kings (Library of Congress) An antique lithograph by David Roberts.

The Tombs of the Kings (iTravel Jerusalem) If you hope to visit the Tomb of the Kings (reopened to the public in 2019), here are pertinent details.