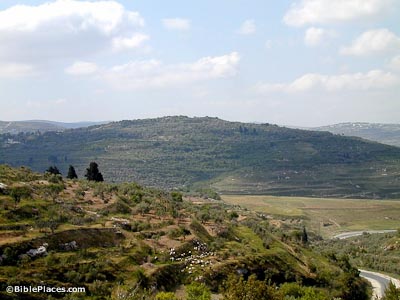 City on a Hill

The hill of Samaria was in the tribal territory of Manasseh, but apparently was not significantly inhabited until the time of King Omri (Ahab’s father). For the next 160 years, the city was the capital of the northern kingdom, apparently reaching a size of 150 acres (60 ha; as large as Jerusalem in Hezekiah’s time). Samaria is well situated with steep slopes on all sides. This geographical reality is reflected in the history, as Samaria withstood sieges by the Arameans (2 Kgs 6), Assyrians for three years (2 Kgs 17), and Hasmoneans for one year. 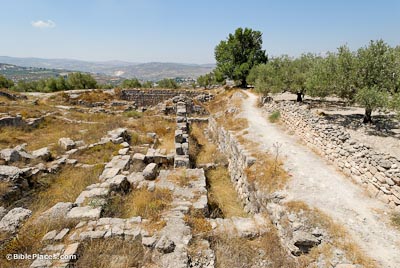 Omri bought the Hill of Shemer for two talents of silver and made this his capital (1 Kgs 16:24-28). His son Ahab was married to the Phoenician princess Jezebel, and they made Baal worship widespread in Israel. Ahab built a temple of Baal here which was later destroyed by Jehu, together with the priests of Baal (1 Kgs 16:32; 2 Kgs 10:18ff). Excavations here have revealed the acropolis of the kings, with a collection of ivories and ostraca. Much was destroyed by the construction of a temple by Herod the Great. 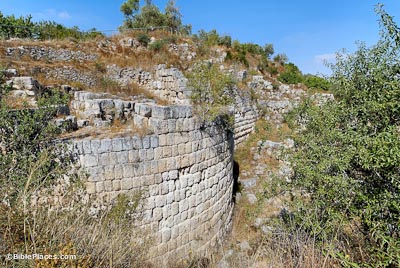 This tower is considered to be the finest Hellenistic monument surviving in Palestine. It connected to a Hellenistic wall which protected the acropolis in the time of Alexander the Great. The way that the stones are laid is unique as is the bevel cut on the outer face. Nineteen courses of stone are preserved. The Hellenistic remains at Samaria also include a fortress, city wall near the west gate, coins, and stamped jar handles. 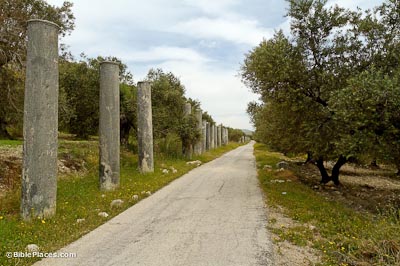 Herod the Great rebuilt the city and named it after the emperor (Augustus’ name in Greek is Sebaste). Six hundred columns lined a half-mile (0.8-km) street of Herodian Sebaste (pictured at right). The Roman forum was a large open area where people assembled for commerce and governmental activity. On the edge of the forum, archaeologists excavated a Roman basilica. Before being adopted by Christians for church buildings, basilica-type buildings were used for economic and judicial functions. Herod also built a large stadium on the northern slope of the city. 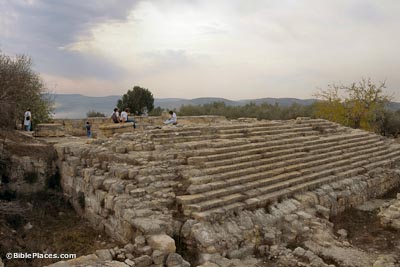 On the acropolis of Samaria, and on top of the location of earlier administrative buildings of the Israelites, Herod the Great constructed a monumental temple dedicated to Sebaste. In the process, he destroyed much of the earlier remains from the Israelite period. Herod also built temples in Caesarea (also dedicated to the emperor) and in Jerusalem (dedicated to the Lord God of Israel). The monumental steps pictured at left date to a rebuilding of the temple during the reign of Septimus Severus (AD 193–211).

Samaria (Jewish Virtual Library) A comprehensive article about the site, including history and archaeology.

Sebaste, Holy Land (Atlas Tours) Provides a brief description of the site and its history.

Samaria (Catholic Encyclopedia) Surveys the history of the site, from its founding by King Omri to the present day.

Samaria-Sebaste (Israel Tours) Includes personal photos of the author’s visit to this site.

Samaria (Crystalinks) Lengthy presentation of the site’s history, illustrated with photographs and chronology.  Note that the “Gorge of Samaria” is in Crete and is unrelated to the biblical Samaria.

Sebastiya (See the Holy Land) Briefly introduces the site and its biblical history.