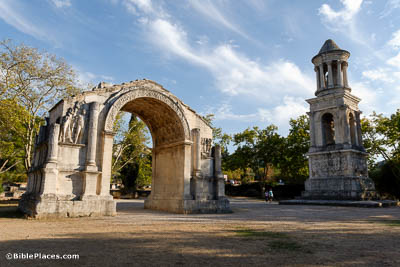 Unlike many other sites in France, this ancient city was not built over after it was destroyed by Germanic tribes in AD 260. While inhabitants of Saint-Rémy-de-Provence (its later neighbor) did strip it for building material, Glanum was still left in a much better state of preservation than many other cities of Roman Gaul. It was so well preserved, in fact, that its famous mausoleum and arch (pictured here) were being visited by people in the 16th century. 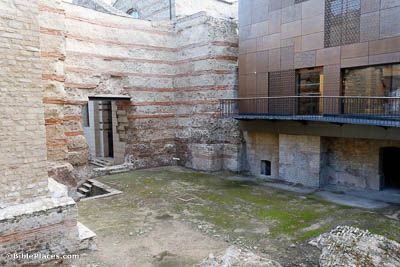 Sometime in the 3rd century BC, a Celtic tribe known as the Parisii founded a settlement on the bank of the Seine. Later in history, the city would adopt this ancient tribe’s name, and to this day we know the city as Paris. However, its name in antiquity was Lutetia. The Romans took control of Lutetia in 52 BC, and extensive construction during the time of Augustus soon turned the settlement into a true Roman city—complete with the baths pictured here. 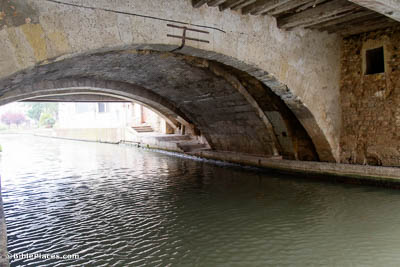 The Via Domitia crossed the Aude River at the Roman city of Narbo Martius, along this bridge. Now called the Pont des Marchands, the bridge itself is clearly of Roman origin, but its exact date of construction is debatable. Regardless, it is a notable example of a Roman bridge using a segmental (less than 180°) arch. This sort of construction is quite sturdy, as demonstrated by the fact that the bridge now serves to support modern buildings. 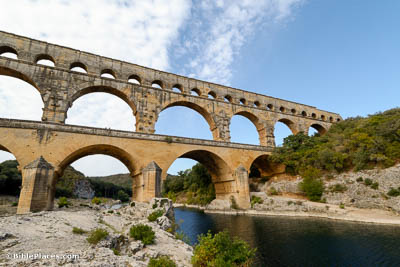 It is not a rare thing to find standing remains of Roman aqueduct bridges. But of all the examples that remain to this day, perhaps none have earned the same acclaim as the Pont du Gard. It is often considered the greatest standing example of a Roman aqueduct. Though once believed to have been built in the time of Augustus, the bridge is now dated to about AD 50, approximately the time of Paul’s missionary journeys. It was built as part of an aqueduct system to bring water to Nemausus (modern Nîmes). The total system covers a distance of 35 miles (56 km). 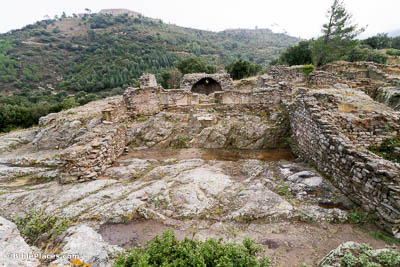 The Trophy of Pompey

If Paul traveled to Spain, he may have done so by either sea or land. If he came by land, he would have traveled on the Via Domitia—on the road shown here—over the Pyrenees. The Trophy of Pompey is built on the crest of the mountains, where today’s border of France (left) and Spain (right) lies. The Via Domitia led to the top of this ridge from the north (left) and the Via Augusta continued into Hispania to the south. 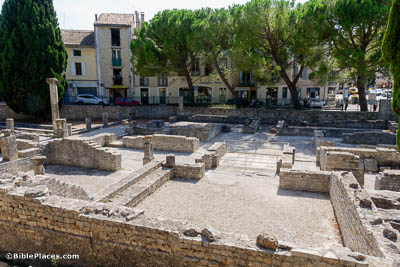 The history of occupation at this site stretches all the way back to the Bronze Age, but it seems to have first come to prominence under the Vocontii, a Celtic tribe. Vasio had served as the tribe’s capital for roughly two centuries when the Romans took control. The Vocontii were permitted to retain much of their original power and distinction under Roman ownership, so Vasio enjoyed a slow and unforced transition into Roman culture. Archaeological exploration of the city’s various stages reflect this gradual shift away from Celtic techniques to Roman architectural sensibilities. Significant Roman structures preserved today include the House of the Dolphin, the House of Wild Animals, the House of the Laurelled Apollo, the House of the Silver Bust (aka office for professional guilds), and a first-century bridge. 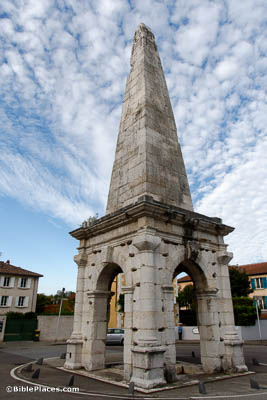 The structure shown here, called “the pyramid,” was preserved from Roman Vienna’s hippodrome. Deprived of its greater context, the pyramid’s ambiguous nature provoked a tradition of identifying it as the burial monument of Pontius Pilate. However, this strange claim has a seed of truth; while Pontius Pilate himself was not buried here, Herod Archelaus (son of King Herod and brother of Herod Antipas) was exiled to Vienna in AD 6. This is the same Herod who was ruling in Judea when Joseph, Mary, and Jesus returned from Egypt. After Archelaus was sent packing by the Roman authorities, Judea was ruled by Roman prefects and procurators, including Pontius Pilate.