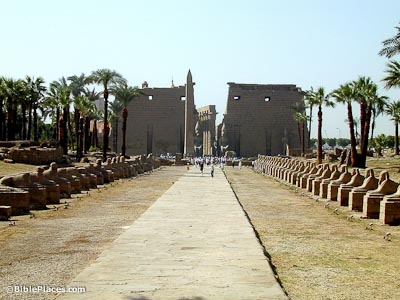 Luxor Temple with Avenue of Sphinxes

Most of the Luxor Temple dates to the New Kingdom period of Egyptian history. Ramses II built the pylon (the large wall in the background), two obelisks (only one remains today), and six statues of himself. The sphinxes along the “Avenue of Sphinxes” were built by Nectanebo I, and replaced the ram-headed sphinxes built by Amenhotep III. The avenue stretched from the Luxor Temple to the Karnak Temple for a distance of 2 miles (3 km). 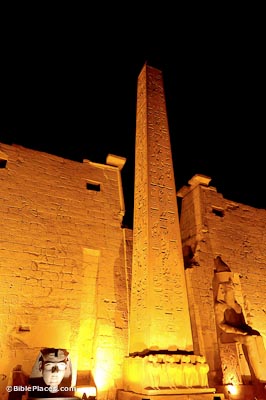 The Luxor Temple is easily identified from the front because it has only one obelisk, but as stated above Rameses II originally erected two obelisks at its entrance. The other obelisk was given to King Louis V in 1874 in exchange for a clock that no longer works, and now stands in the Concorde Square in Paris. The obelisk that remained was also included in the deal, but it turned out to be too much trouble to move it. 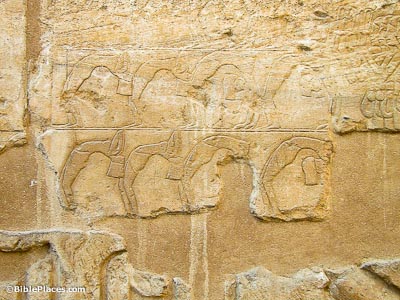 The Luxor Temple was the site of the Festival of Opet which is beautifully depicted on the western wall of the court. In this feast, the god Amon (or Amon-Re) comes from the Karnak Temple to visit his wife in the Temple of Luxor. In the Old Kingdom period, this festival lasted 14 days, and by the New Kingdom, the feast lasted 22–23 days. These reliefs are depicted like cartoons today—block by block. Pictured here are acrobats that performed at the festival. 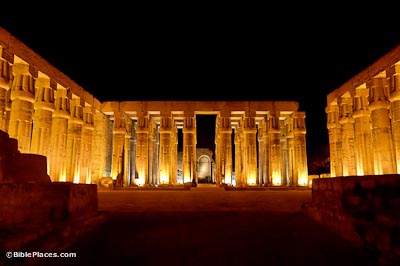 The Luxor Temple (Ancient Egypt Online). A good general overview of the site, its history, and its importance.

Luxor Temple (Discovering Egypt). This page has lots of great info and a computer reconstruction of the site.

Luxor Temple (World Monuments Fund). Offers some information about excavations at the temple, as well as a few pictures.

The Temple of Luxor (Tour Egypt). Describes the festival of Opet that used to take place at the temple. Provides links to other discussions and a map.

Luxor Temple: Pylon with Obelisk (NOVA/PBS). Features an interactive image of the obelisk at the front of the temple that can be viewed from various angles. A similar image of the statue head of Ramses II is located here.

Luxor Temple (World Archaeology). An interesting interview about the site with an Egyptologist.

Luxor Temple (YouTube). Footage of the site with commentary from a local guide. Footage without commentary can be found here.