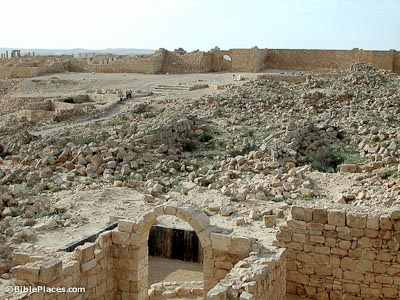 The city of Avdat (Oboda) was founded by the Nabateans in the 2nd century BC. Avdat was named after King Obodas III after he was buried here. In AD 106, the city became subject to Roman rule along with the rest of the Nabatean empire. The peak of Avdat’s prosperity was during the Byzantine period (4th–7th centuries AD). The city was destroyed by the Persians in AD 614. 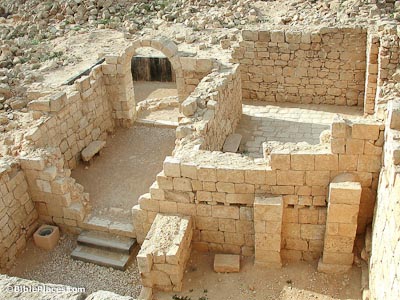 The Nabateans built where no one had settled before. The Israelites’ territory stretched “from Dan to Beersheba,” but not further south (except for military posts). The annual precipitation seemed to be too little to support a settled population. The Nabateans proved this wrong and built cities in the highlands. They were able to prosper because of the rich trade that passed through the cities and their ability to carefully manage the water supply. Elaborate drainage systems were constructed to collect every ounce of rainwater and channel that into family or public cisterns. 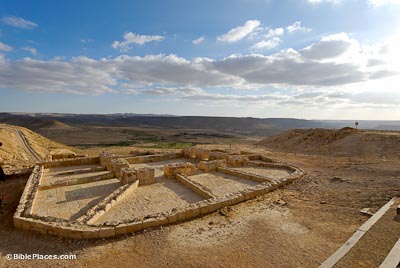 Four winepresses have been found in Avdat. The central pressing area was surrounded by small storage rooms, apparently used by the farmers who brought their grapes to this press. After being pressed, the grape juice would flow through the channel into a central collection pit. The ability of the Nabateans to produce such large quantities of grapes in this arid area is a remarkable testimony to their ingenuity. 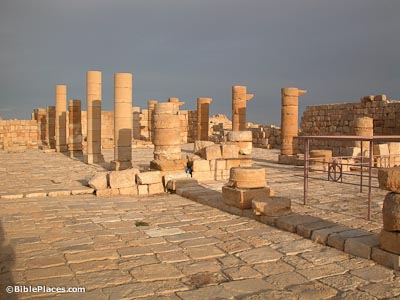 The Nabateans converted to Christianity following Constantine’s conversion in the 4th century. Two churches were built at Avdat during the Byzantine period. The North Church (pictured at right) was built in the 4th century and the Church of St. Theodore was built in the 5th century. Reliquaries, containers holding a sacred relic, were kept inside the church. In one of the marble reliquaries, a small hole was made in the cover, through which oil could be poured over the relics. After the oil had touched the relic (often bones), the oil was collected in bottles for pilgrims to take home. 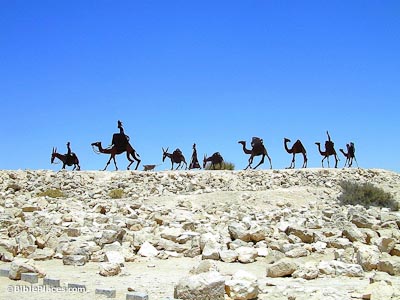 Avdat was a stop along the long caravan route known as the “Spice Route.” This route brought herbs, spices, perfumes, and treasures from the Arabian Peninsula to the Gaza port, by way of Petra and the Negev. Roads branched off from Avdat to other Nabatean cities including Mampsis, Nessana, and Gaza. Avdat was built on a commanding hill, 1,860 feet (570 m) above sea level.

Avdat—A Nabatean City in the Negev (Israel Ministry of Foreign Affairs) Explains the history of Avdat in detail, covering the Nabatean, Roman, and Byzantine periods. The article has a few good photos, including an aerial shot of the site.

Avdat National Park (Israel Nature and Parks Authority) Briefly introduces the site, describing some of its history and providing details on making a visit.

Avdat (The Israeli Mosaic) Informative article written by an Israeli (you’ll have to excuse some rough grammar). Details the history of the site and provides a description of the remains found there today.