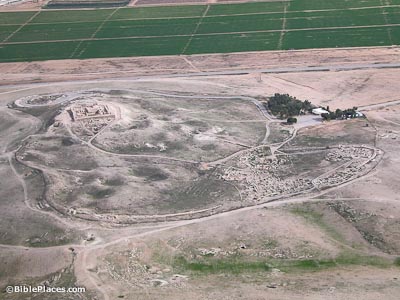 City of the Negev

Like many cities in the Holy Land, Arad was repeatedly settled because of its strategic geographical location. Though situated in an area with little rainfall, Arad was inhabited frequently in ancient times because of its position along the routes coming from the east and southeast. 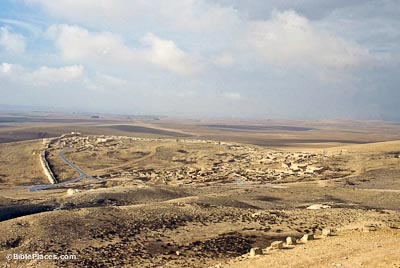 Arad was 30 acres (12 ha) in size in the Early Bronze period (3000–2300 BC) and never reached this size again. Its importance at this time was because of trading expeditions which traveled from here to Sinai in the south (to mine copper), and to the east for extracting bitumen from the Dead Sea. 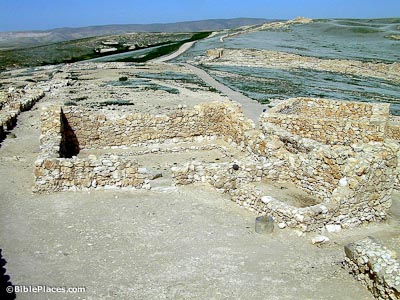 The houses at this site had very similar features (not unlike today’s suburban tracts in the U.S.). The “Arad House” was found at other sites in the Early Bronze, but nowhere more than here. The features include a broad-room style house, benches lining the walls, a stone pillar base in the center to support the roof, and a door socket on the left-hand side of the entrance. 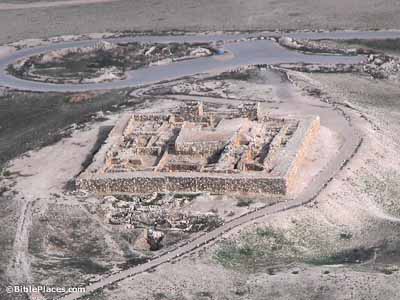 In the Iron Age, a major fortress was erected on the summit of the site to protect Israel’s southeastern border. While Amalekites and other nomadic peoples could be troublemakers, Judah’s chief enemy in this direction was Edom. This fortress was destroyed by the Edomites at least once. 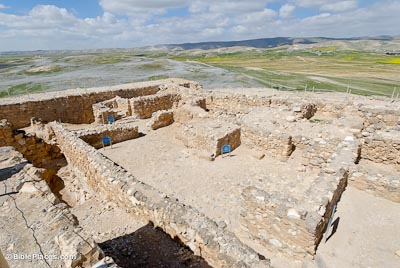 Inside the Iron Age fortress, archaeologists found remains of a temple used for several centuries during the time of the Divided Monarchy. Though worship centers outside of Jerusalem were forbidden by Moses (Deut 12), high places flourished throughout the land according to the Bible. The sacrificial altar is visible in the outer courtyard. 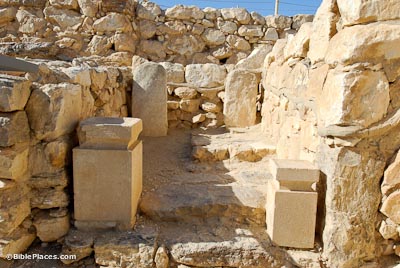 No ancient documents describe the worship practices of this temple, but the existence of two standing stones and two incense altars points to the worship of two deities at this site. Most probably, the Israelites here worshipped “Yahweh and his Asherah,” a corruption of true biblical religion that is attested in other archaeological finds.

Ancient Arad (Jewish Virtual Library) In their normal comprehensive fashion, JVL does a good job covering the history and archaeology of this site.

Scripture Comes Alive at Arad (Israel Institute of Biblical Studies) Illustrated with multiple photos, this post ties together the Bible and archaeology at Arad.


Tel Arad—Israel’s Point of Impatience with God (Wayne Stiles) Several BiblePlaces.com images add to this post, as Stiles discusses Arad, its archaeology, and what we should learn from it.

Ancient Military Correspondence: Send Wine (Bible History Daily) A brief article discussing the 2017 translation of a letter found at the fortress of Arad.

Tel Arad National Park (Israel Nature and Parks Authority) The official website for planning your visit to this fascinating location.

The Fortress Mound at Tel Arad (academia.edu) This 2002 article by Ze’ev Herzog was originally published in the Tel Aviv Journal and is available in its entirety in this PDF file.

Mound of Mystery (Jerusalem Post) This 2001 article giving a tour of the major finds of the site.