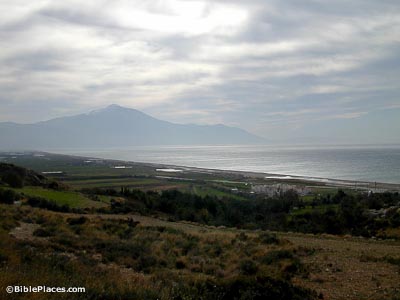 Seleucus I Nicator of Syria founded Seleucia Pieria in 301 BC as a port for his capital in Antioch. The city became one of the “Syrian Tetrapolis,” designed to promote Hellenistic culture in Syria. It was then an important political, military, and economic game piece in the Ptolemaic-Seleucid wars. In 63 BC, Rome made Seleucia a free city; then in AD 70 made it the base for the imperial fleet. 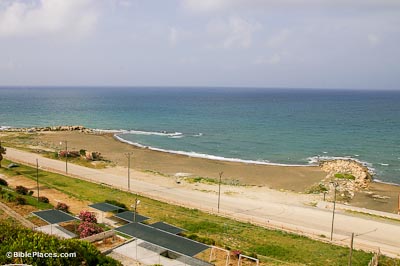 Seleucia was the seaport from which Paul and Barnabas left with John Mark for their first missionary journey (ca. AD 49, see Acts 13:4). Part of the ancient (manmade) harbor can still be seen, although it has since silted up. This harbor caused continual problems and required frequent maintenance. 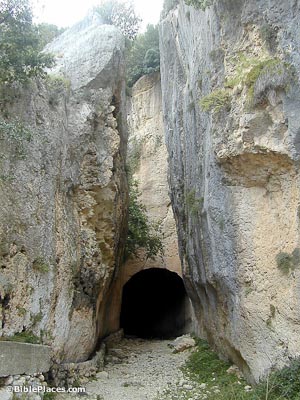 A stream that led into the harbor was so threatening during the flood season that the Romans built a water channel north of the city to divert it. Legionaries, sailors, and Judean prisoners provided the work for the project. Titus’s tunnel, as it is called today, cuts through the solid rock of the mountain in two places. 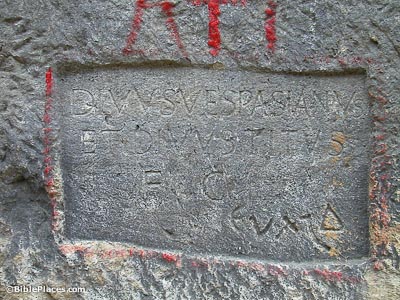 The tunnel is dated based on two inscriptions. The inscription shown here was dedicated to Vespasian and Titus, so construction of the tunnel probably began in AD 70. However, it was not finished until the 2nd century.

SELEUCIA PIERIA Turkey (Perseus). A brief overview of the history and features of the site.

The Hellenistic Era: Seleucia Pieria (Personal Page). A lengthy article discussing the Seleucia’s historical periods and other topics associated with the city.

Seleucia in Pieria (Livius). Provides a historical summary of Seleucia.

Seleucia Pieria: Port of Antioch on the Orontes (Turkey Biblical Tours). Briefly describes the foundation of the city and its geography.